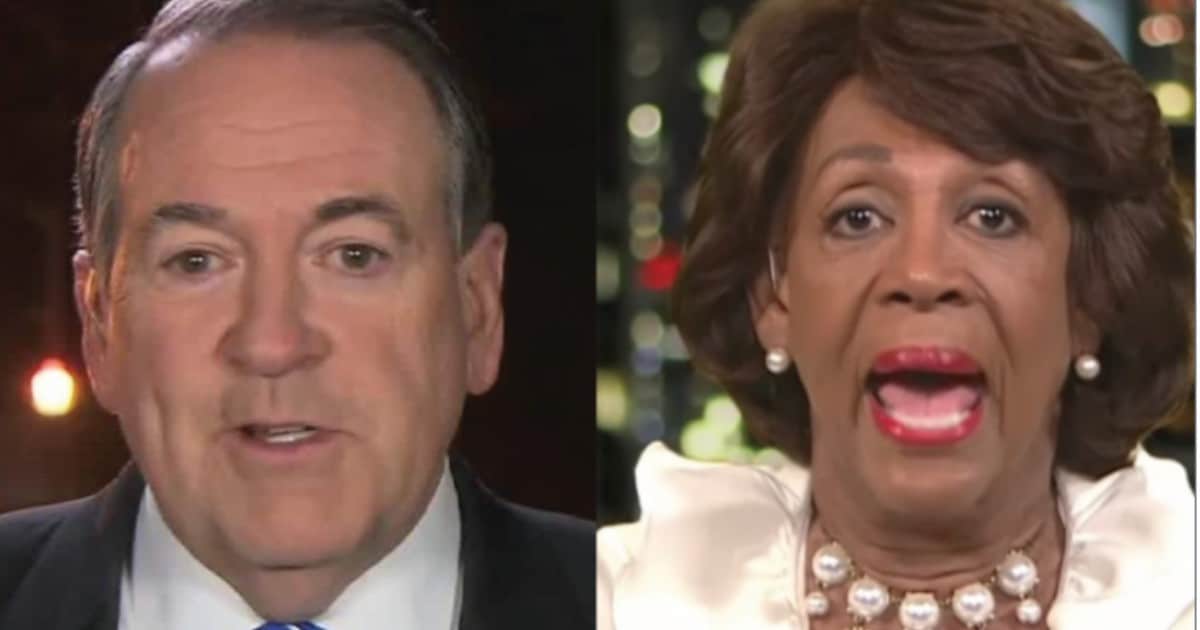 It seems that Donald Trump isn’t the only American politician with a fantastic Twitter feed.

The usual stereotype is this: Trump, the honest and ‘tell it like it is’ president, will tweet exactly what is on his mind. Liberal politicians will be furious. Conservative politicians will grudgingly admit Trump’s right. Honest men will cheer.

But there’s never been anyone else who speaks as openly on Twitter as Trump does. Until now. Because Mike Huckabee is rapidly catching up to him. And he just suggested we send Maxine Waters to North Korea.

@POTUS has dispatched Maxine Waters to NOKO to talk to Lil Kim. After 1/2 hour with her he will drink whatever he gave to his 1/2 brother.

He appeared to be referring to the poisoning of the North Korean leader’s half-brother Kim Jong Nam. South Korea’s spy agency said in February it believes Kim Jong Un ordered the killing.

In short, our North Korea problems are simple. Just have Kim talk to Waters, and he’ll quickly want to end it all.

If you missed the background, here it is: the current leader of North Korea ordered his brother killed, so his rise to the presidency would be unchallenged. It’s not a great moral start for a boy who has since spent his time starving his own people, and beating them into submission. Or for a boy who might well spark World War III.

Should @realDonaldTrump send @MaxineWaters to North Korea in an effort to "strengthen our diplomatic ties (wink wink)" with Kim Jong Un?

It’s worth noting that saying ‘just go to North Korea’ or ‘just go to Iran’ is a pretty standard answer to lib politicians who forget how good it is in the United States.

Fact is, anyone who has spent time in a real dictatorship, or a war zone, knows exactly why we need to be thankful for this country, and its leaders.

It shouldn’t be a surprise that most American soldiers are conservatives. They’ve seen what it’s like in other countries, and under other leaders.

Maybe Maxine will take Huckabee’s clue, and visit an area with truly bad leadership. Then she’d return, grateful for what we have here in the States.

But I think she just likes complaining more.