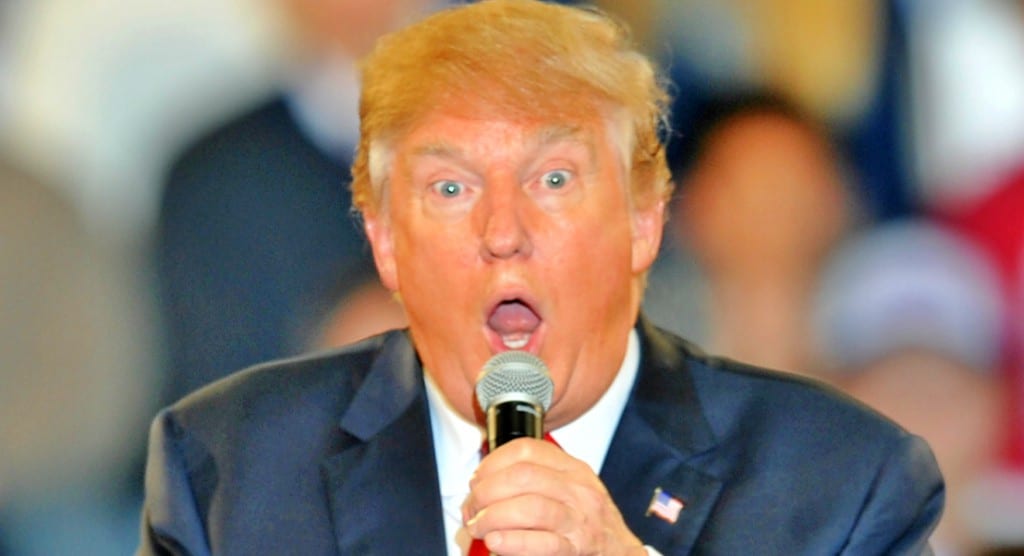 With the stroke of a pen, President Trump destroyed the toxic and unrecoverable agreement known as TPP.

This particular trade agreement would have jeopardized our economic opportunities around the world, forcing us to agree to sweeping deals made by over a dozen different nations. In killing the agreement, President Trump signaled that the United States would broker amicable deals with our nations on a country to country basis.

That’s the way things should be.

The next dragon to be slain is NAFTA, the North American Free Trade Agreement. This deal has coerced the United States, Mexico and Canada into trade agreements, binding all three nations to decisions that may not benefit all of them. Mexico and Canada can come to terms on a deal, and force America to comply.

That’s not going to fly anymore.

With Trump poised to correct many of our trade and economic woes, as well as immigration woes, Mexico is proving to be a difficulty.

As if they had any say in the matter.

Under relentless pressure from President Donald Trump, Mexico is said to be ready to discuss changes to trade rules about a product’s country of origin to try to avoid a disruptive fight with the United States over commerce…

However, as AFP adds, even before the talks started, Mexico has drawn red lines ahead of the negotiations with Trump’s administration, warning it could quit the talks and NAFTA itself, if the discussions hit a wall, no pun intended.

Of course, it all begins with the wall.

Mexico is really in no position to argue. They have benefited tremendously from NAFTA and the pathetically weak U.S. border. Over $25 billion dollars is sent to Mexico from the United States through migrants each year. Mexico gets to ship unwanted citizens into our country and builds factories and plants to give jobs to those who stay.

Not to mention their weak handling of the drug cartels that ship violence and war across North America.

If they even want a seat at the table, they’ll have to agree to Trump’s terms. He’s made it clear that the wall is going up; Mexico will pay for it, one way or another. He’s also promised to punish American companies that want to ship jobs to Mexico with huge tariffs.

Sure, it makes sense that Mexico is upset; but they’ve been benefiting from a one-sided situation. If they want to continue to enjoy a healthy relationship with the United States moving forward, they are going to have to agree to significant changes.

If not, they can leave NAFTA. Most Americans want to see that treaty end, anyway.