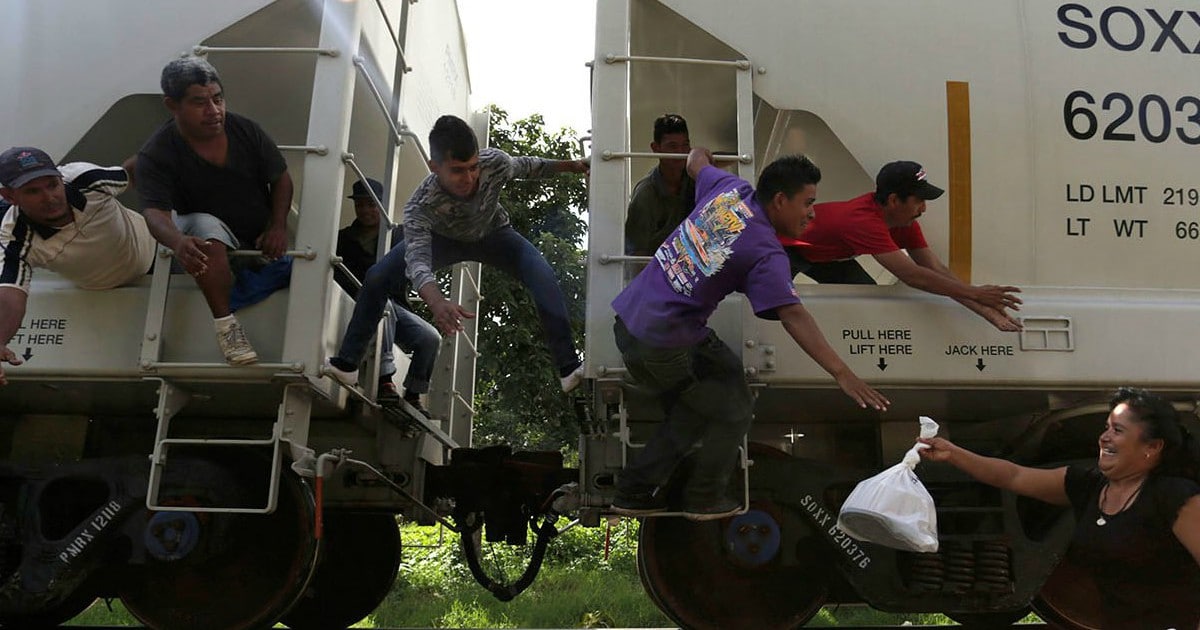 Another one of Donald Trump’s campaign promises has quietly been fulfilled, and absolutely no one in the mainstream media has said a word about it. But Mexico knows all about it.

It’s no secret that Trump’s rise to success is mostly due to his promises to finally fix our broken immigration system. But everyone assumed – and I did, too – that fixing our broken system could only be done with a complete overhaul, and a wall. A full, complete wall.

As it turns out, that’s not the case. Perhaps all we needed was the promise of a wall.

Because now illegals aren’t completing their journey from Central and South America to the US. They’re stopping, and staying, in Mexico. For good. For years, Mexico has largely been a waypoint for people from the so-called Northern Triangle countries — Guatemala, Honduras and El Salvador — who were trying to cross into the U.S. and petition for asylum.

As the U.S. has cracked down on illegal immigration at the border and tightened its rules on accepting asylum claims, those migrants are now staying put in Mexico.

As a result, Mexico’s refugee applications have risen dramatically over the last three years.

Before any ignorant libs call this cruel, understand something – settling in Mexico is probably a more humane choice for most of these asylum seekers.

There’s several good reasons for this. Financially, making the trip through half a continent – and usually bringing your family along – is almost impossible. Migrants will drain their savings. If they’re turned back at the US, they will have nothing.

Not to mention the fact that the coyotes that lead people across the border routinely rob, beat, and rape the migrants under their care. Which means the shorter the journey, the better.

But, of course, the biggest reason is that it’s far easier to legally settle in Mexico than it is the US. Which means that staying in Mexico removes the biggest conservative objection to illegal immigration – it’s not illegal.

“If you look at Mexico’s definition of who can qualify for asylum, it’s much broader than the United States. If you are fleeing widespread violence in your country, you may be able to qualify for asylum in Mexico, whereas in the U.S. you have to prove that you belong to very specific groups of people.”

Mexico is cheaper, safer, and legal. This is good news for us America.