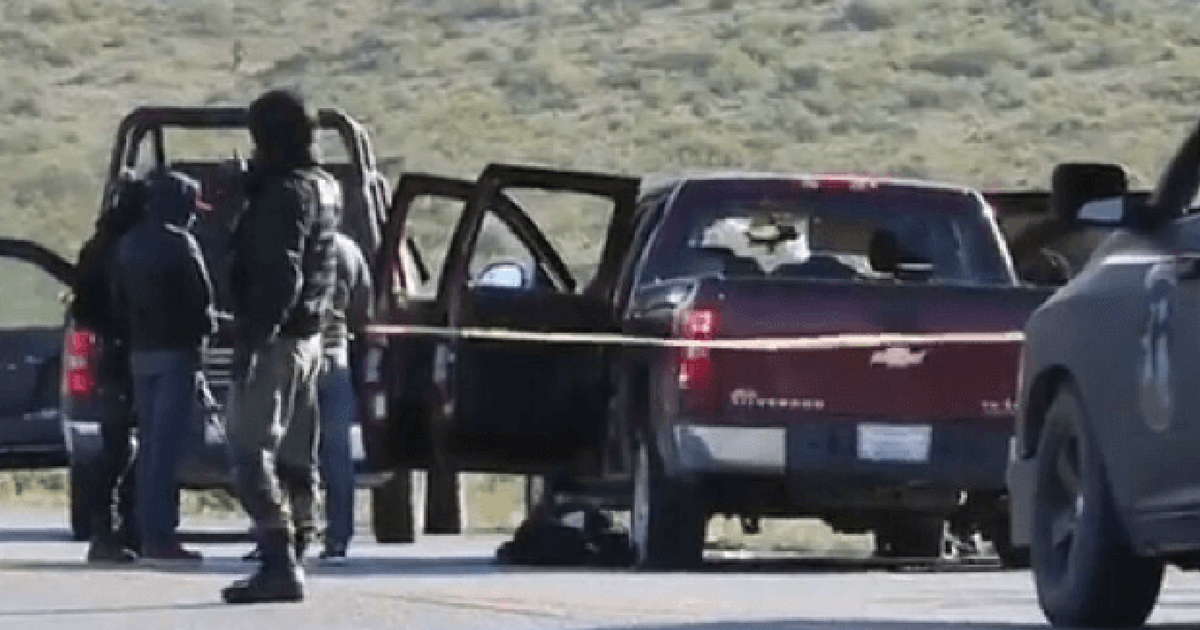 Things are not well south of the border, and those that have a trip to Mexico on a future travel itinerary need to be especially mindful of that fact.

Mexico is ripe with violence and corruption, and officials in the country seem powerless to stop it. Does that mean the entire country is a war zone at the moment?

Of course not, but the risks are prevalent enough that they need to be considered by those that have plans to travel to Mexico in the works.

Things can escalate out of control in a hurry, and it’s always wise to know what you’re walking into when that’s the case.

This chilling story helps to place that in perspective.

Breitbard has the scoop.

Initially, members of a metropolitan special response unit known as “GROM” claimed that two men riding in a maroon pickup ran a checkpoint along the highway that connects this state with Zacatecas.

As Breitbart Texas initially reported, Coahuila state authorities falsely claimed that the two men ran a checkpoint and then opened fire on police officers, who chased them.

In response, police officers opened fire and killed the two alleged gunmen. The two men have since been identified as U.S. tourists. According to Mexico’s Reforma, the victims were identified as Demetrius Atkins and Edgar Valdez Rodriguez, a Mexican national but legal resident in Missouri.

Alright, so the cops in Mexico dealt with a pair of wayward and violent men. What’s wrong with that?

Turns out there’s a whole lot wrong with the situation as a whole, including the fact that the cops were less than truthful about things.

State officials revealed to Breitbart Texas that the theory presented by the cops has not held up to scrutiny and obtained arrest warrants against three members of the GROM.

Two of those officers, Ivan Vladimir “El Hermano” Monsivais Martinez and Felix Enrique “La Piraña” Moreno Vasquez were arrested and are named in the ongoing investigation. The two cops remain in custody at a state prison facility in Coahuila.

According to Coahuila law enforcement officials, the tourists were not armed and did not elude the checkpoint. While authorities now believe the rogue police officers executed them in cold blood, a motive remains unclear.

It sounds like there’s a lot more to see here, and we won’t speculate as to why the cops went rogue.

However, it’s another frightening reminder that those cautionary tales about travels to Mexico are not just a bunch of hyperbole.

If nothing else, the cautionary tales need to take a prominent spot on the pros and cons list when planning vacations.