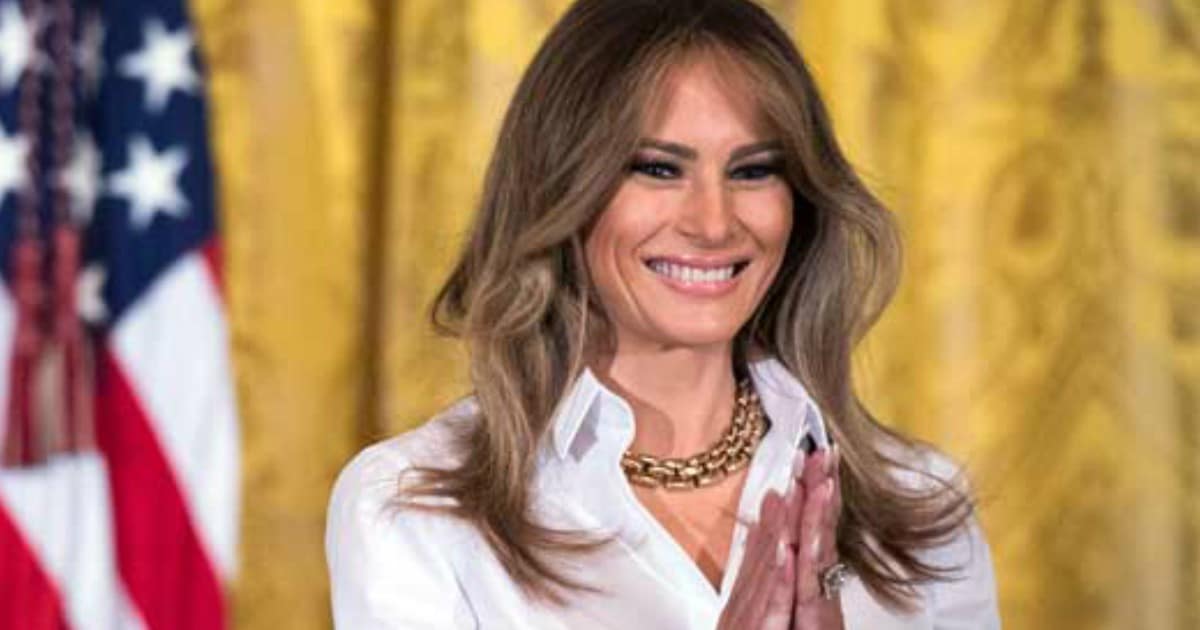 I guess the Trump Administration is so busy setting precedents that Donald himself can’t handle them alone. He needs Melania’s help, too.

It makes for a very serious analysis. So I guess it’s fitting that Melania add some firsts of her own – thankfully, lighthearted firsts. And she started off on Friday by expanding the White House tour, adding a room that had never been included before – the White House movie theater.

Melania Trump opened up the White House Movie Theater on Friday to East Wing visitors for the first time ever in history.

“The White House belongs to the people of this country,” the first lady said in a White House press release. “I believe everyone who takes the time to visit and tour the White House should have as much access to its rich history and wonderful traditions as possible. It is my hope that our visitors truly enjoy the newest piece of the tour.”

The theater, like much of the White House under Obama, was mostly cut off from the public during tours. And while security has needed to be expanded under Trump – lots of physical attacks and threats from the left – peaceful citizens have been granted unprecedented access to the White House grounds.

Melania posted some tweets about the theater on Twitter on Friday.

Self-guided tours in the @WhiteHouse now include movie theater! This house belongs to the people & everyone deserves to enjoy its history!

The room’s look is a throwback to early opera house designs. But, as visitors will learn, it wasn’t always this elegant. Or even always a theater.

The movie room–which at one point started out as the East Terrace cloakroom–was converted into a theater at the direction of President Franklin D. Roosevelt in July 1942. It underwent major remodeling during Ronald Reagan’s administration with the addition of 51 seats in tiered rows. The most recent refurbishment took place in 2004-05 and was inspired by theater design of the early 20th century.

Hats off to Melania for adding to White House history.