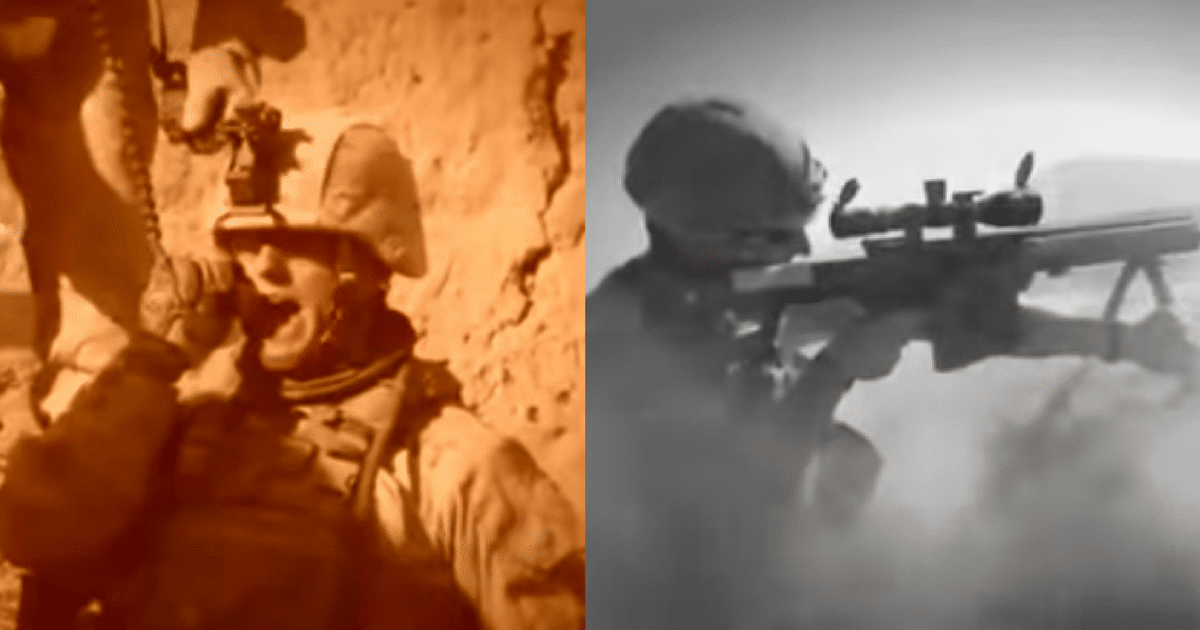 The following story is easily the most incredible story I’ve heard while working at My Right America.

I say this all the time, but here it is again – I’m not making any of this up.Here goes:


A US Marine veteran managed to save the lives of American soldiers in Afghanistan by giving them quality customer support for their rifles. Over the phone, mind you.

Because, get this – a soldier called him. In the middle of a firefight.

Seriously. You can’t make this stuff up.

When something breaks on the battlefield, soldiers’ lives can be at risk. Finding help is essential.

So why not call tech support? That seems like the logical option for a computer glitch, but what about when the problem is occurring with a rifle that you have to have to stay in the fight?

You could get it to an armorer. Or, if you needed a faster option, you might call the manufacturer.

That’s exactly what happened when a Marine in Afghanistan had a problem with his Barrett .50 caliber M-107.

Don Cook, a Marine Corps vet, is one of the people who answers the customer service line when it rings.

In the video below, he talks about the time when he got a call from Marines who needed help. They were in the middle of a fire-fight, and their rifle wasn’t working.

“It’s probably one of the biggest highlights in my life to be able to help a Marine unit in a firefight,” Cook said.

A Marine veteran, helping a Marine unit, during a live firefight, by describing what is wrong with his rifle, over the phone…because he was called by fellow Marines, during that very same live firefight. This story has it all.

For the firearm aficionado, the problem was as follows:

The Marines had bent the lower receiver the last time they were performing maintenance.

Without seeing the rifle, Cook was able to talk the Marine through how to bend them back into place.

They didn’t have the tools needed for the repair, so Cook talked them through how to do it with the bottom of the bolt carrier. It was an improvisational fix and it worked.

It took all of 30 seconds to fix the problem and the rifle was working again.

Thank you for your service, both as a Marine and as a customer service representative, Don Cook.