For years we’ve been worried about troubling brewing in the Pacific.

The United States has many allies in the Asian world, most notably Japan and South Korea, with whom we have military alliances. And while China might not be the most traditional ally, we regularly do business with the red giant.

That does not include the many various countries scattered across the Asia and the Pacific that rely on U.S. and Western trade to sustain their growing populations.


Parts of Asia suffer various problems, including booming population and a growing need for energy, not to mention the challenges of providing food and safe conditions for their people. The very last thing needed in this sensitive region of the world is military conflict.

Yet time and again the little tyrant known as Kim Jung-Un makes wild boasts against the United States and her allies, promising uninitiated war.

Recently there have been reports of North Korea missiles being fired towards Japan. It’s clear that Kim is stirring up trouble, just as the United States sends ships to buoy the naval presence of South Korea.

Despite North Korea’s claims, conflict has never occurred. Although Kim Jong-Un recently did something that has everyone on the lookout. 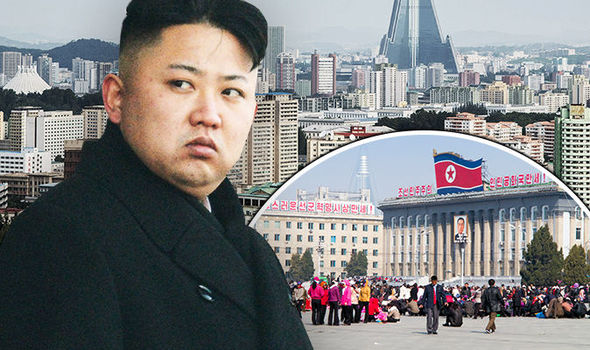 NORTH Korea leader Kim Jong-un has reportedly ordered residents of the country’s capital Pyongyang to leave the city immediately, sparking fears he may be preparing for war.

Reports in Russian newspaper Pravda Report claim more than 600,000 people – around 25 per cent of the city’s population – are being urgently evacuated, as tensions escalate between North Korea and the United States.

According to South Korean media, residents in the kingdom have said goodbye to each other, sparking concerns the tyrannical leader could be about to act after months of nuclear weapon testing.

Foreign reporters have been told to prepare for a “big and important event” on North Korea’s biggest national celebration, called ‘Day of the Sun’.

A tweet from Channel NewsAsia’s Beijing Correspondent Jeremy Koh said: “We’ve been told to be ready to move out at 6.20am, but no idea why. Also, no cell phones allowed.”

More than 200 foreign journalists are in Pyongyang as the country marks the 105th birthday of its founding president Kim Il Sung on April 15.

There is yet any word what this “big and important event” could be. In the past North Korea has made similar boasts, only for the event in question to be something far more benign that conflict, such as a concert.

Yet they’ve also marked special occasions with the firing of long-range rockets, so there is very little consistency with this rogue nation.

Perhaps this is a response to the U.S.’s recent involvement in the Syrian war. After years of taking a back seat to world affairs, America is getting its hands dirty, retaliating after Assad gassed his own people.

While there has been no actions by the U.S. toward North Korea, the events in Syria make it clear that President Trump is a leader of action and will not back down if provoked.

We talked about North Korea before; how actions by this nation against the United States would be futile. America and her allies would quickly move against this country, and they would have little recourse.

Their only advantage is a quick, unexpected strike, only that could cause serious damage to peaceful nations. Perhaps that is what Kim Jung-Un is preparing for, with the evacuation of his people from the capital.

Could he be preparing for retaliation? Or is this more empty bluster? It’s too hard to tell with this dictator.

And that’s the real problem.