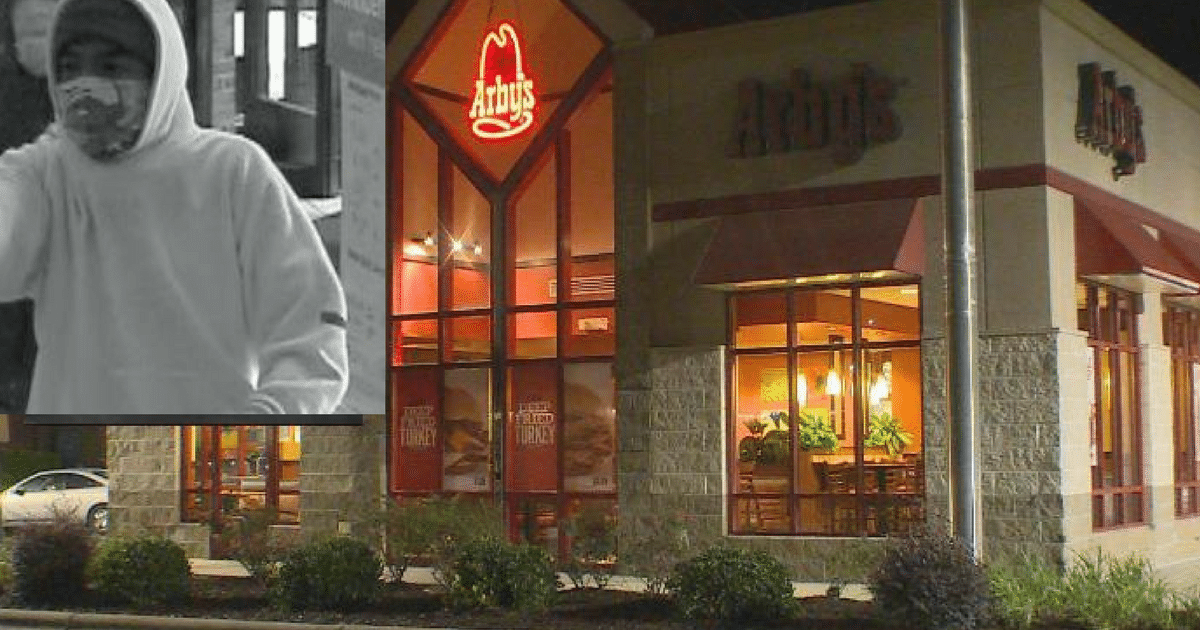 You probably noticed the headline already. Someone decided to rob an Arby’s. I can’t imagine this was the pinnacle of his criminal career.

But it was certainly the end of it.

Let’s talk criminal mindsets and goals – don’t have them, and don’t set them. But if you do, please understand that robbing an Arby’s isn’t going to get you very far. Any chain restaurant is going to have a limited supply of cash on hand – hardly worth risking prison time over.

Also, it’s an Arby’s. Robbing an Arby’s isn’t going to get you fame and notoriety. Unless, of course, something happens to make your burglary especially memorable.

Like, say, the restaurant’s manager chasing you through town and holding you at gunpoint until the cops show up. That’s embarrassing.

No one can live down being out-thugged by an Arby’s manager. Even if she’s the wife of the chief of police.

[A criminal] decided that he was going to rob an Arby’s at gunpoint. Instead, he ended up being the one held at gunpoint. Talk about a role reversal.

The suspect entered a Sterling Heights Arby’s, put a gun in the faces of the three employees and told them to give him their “morning startup money.”

“So they turned the money over to the suspect and he takes off on foot. Three employees then chased after him, into a nearby wooded area before calling police.”

Ah, yes, I forgot. Apparently this particular Arby’s has not one bada** employee willing to chase down a burglar, but three.

I couldn’t make this up if I tried.

Marcia Rabideau, the restaurant’s director of operations, could see the armed robber getting away. So, she grabbed her Glock 9mm and took chase. She held him at gunpoint until the police got there. “There was no way in hell I was going to allow this cat to get away with all of our deposits. The suspect tried reaching for his gun but I told him if he lowered his f****** hands again that I would shoot him dead and I meant it!!! He stood in the river bank with his hands above his head until the fuzz arrived!”

Her husband is a police chief and she used to head Saginaw’s Arson Watch. Again, to be clear – the burglar had a gun.

He was just so afraid of Rabideau that he obeyed her every word.

I’m in the mood for Arby’s.