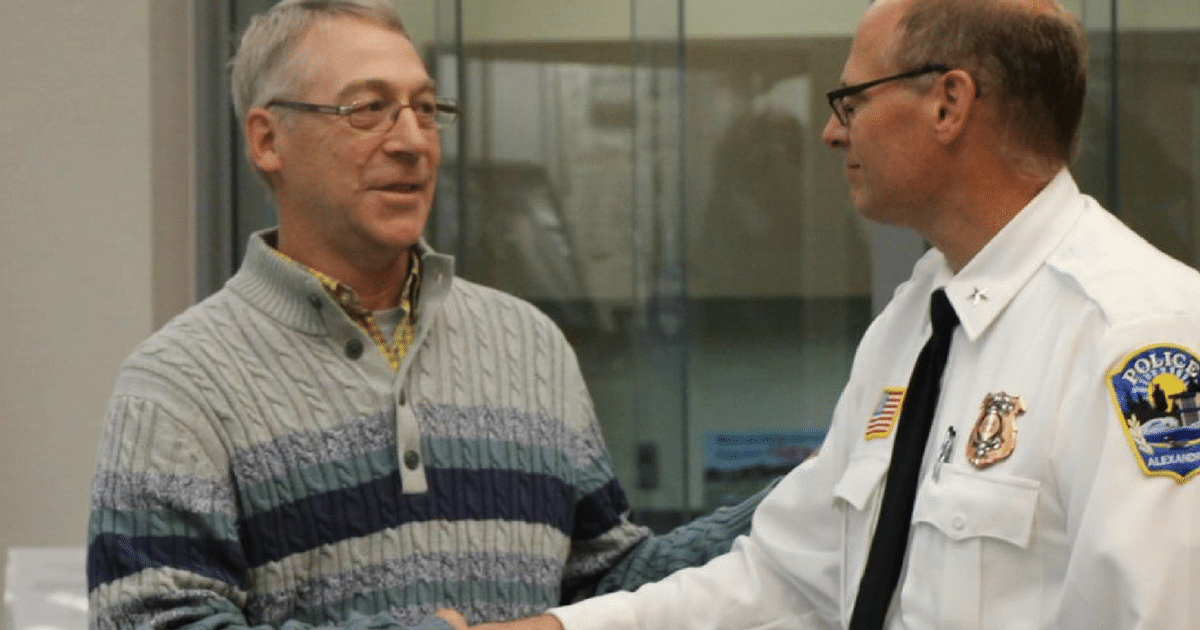 It’s easy to be cynical about the news – the worst of humanity gets headlines, while the best of us get pushed to the back page. Fake News favors sensation.

Today is an exception.

Because while a kidnapped girl, a homemade prison, and a daring escape is absolutely headline-worthy, the story comes with a worthy add-on: the rescuer in this same daring escape donated his reward money to the victim’s family.

Which, the way I see it, makes him more than just an accidental hero.

A Minnesota man whose actions led to the rescue of a kidnapped teen last month has shocked her, her family, and the world by turning around and giving her the reward money he earned for saving her life.

Introducing Earl Melchert, incredibly kind man. Makes you feel good about being a human being. Here's to you Earl. https://t.co/xnT302y3XM

Shortly after plant manager Earl Melchert returned to work, he looked out his truck’s window and saw what appeared to be something moving in a field about half a mile away from his home.

“I thought at first it was a deer.”

You might have missed the backstory – a kneeling NFL has been dominating the Fake News cycle for a while now.

But if you live in Minnesota, the case of missing courageous teenager Jasmine Block is all you may have talked about in the month of August.

At least, that’s how Earl recognized her.

“I could make out her face, and I went, ‘Oh my gosh, this is the gal from Alexandria that’s been gone for 29 days. It’d been on the news, it’d been online. It went national. It was on posters, in stores — her face, her picture. Right away I recognized her.”

It’s a blessing Earl was right where he needed to be. But young, brave Jasmine still deserves the lion’s share of accolades for her rescue.

After all, it’s not every teenager that can survive kidnapping, violent restraints, physical abuse, and solitary confinement in a trailer, only to keep enough wits about her to find an escape, navigate a wilderness, swim across a lake, and run for help at the first opportunity.

Truthfully, she tells it better.

Jasmine is a triumph. May all our daughters be that brave.

But while her story is far and away the most impressive, Earl’s act of kindness is a fair second.

When the Alexandria Police Department presented him with the $7,000 reward Friday — $2,000 from Block’s family, and another $5,000 from an anonymous donor — he gave it back to her.

“It’s the best thing I’ve ever done. The family needs the money.”

Perhaps we’d do better lifting him up, rather than pro athletes.