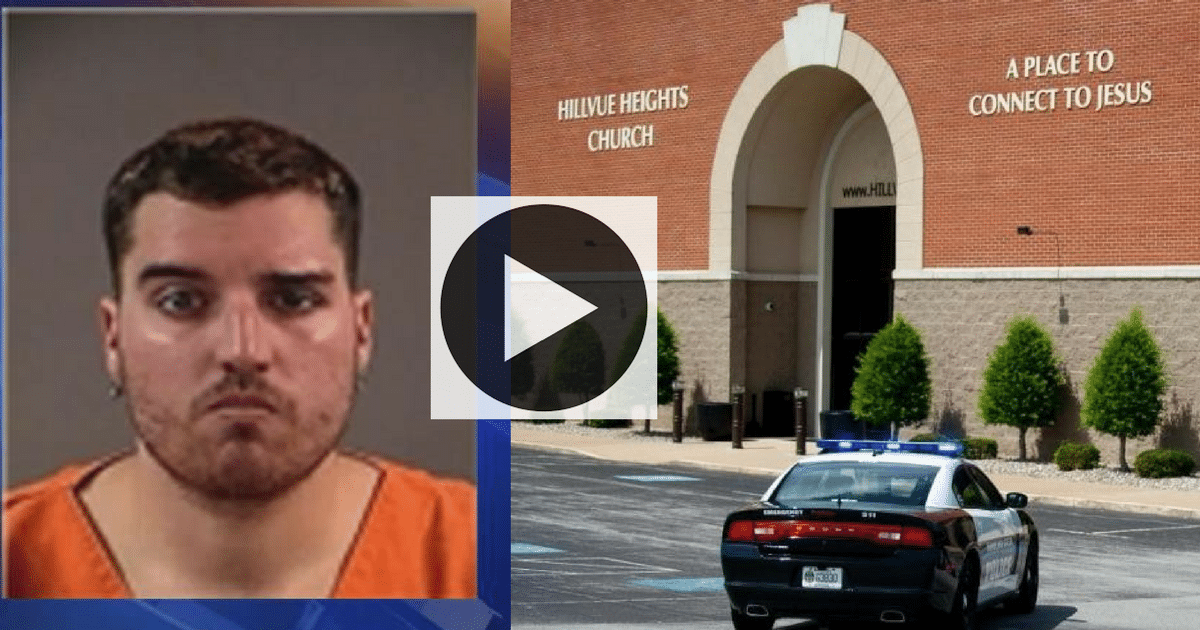 The Christian church is under attack today like it has never been before.

Whether it’s from radical Islamic terrorism and Sharia law in countries where Christians are killed for their faith or right here in our own backyard in local church shootings.

Just like this vicious attack that was reported in Kentucky.  And I warn you, the details are very disturbing.

A 21-year-old man named Ethan Buckley was attending the 9:30 worship service at Hillvue Heights Church in Bowling Green with his father, David Buckley, when he decided that his father needed to die.

The Bowling Green Daily News reports: A BGPD arrest citation released Monday indicates that Ethan Buckley told police he was “moved by the message” Sunday morning before he stabbed his father several times in the neck.

Ethan Buckley told police he’d had thoughts of killing his father and stabbed David Buckley with a pocket knife.

Ethan Buckley said his intention was to kill David Buckley, and that he tried to cut his father’s jugular vein so that the death would be painless, according to the citation.

This is another horrifying case of how evil is taking over our world and that we must always be on the alert even in our houses of worship.

Alicia Bell, who was present at this latest church attack, says, ” Be vigilant and aware of your surrounding.’

There couldn’t be any better advice for Christians living in today’s world.