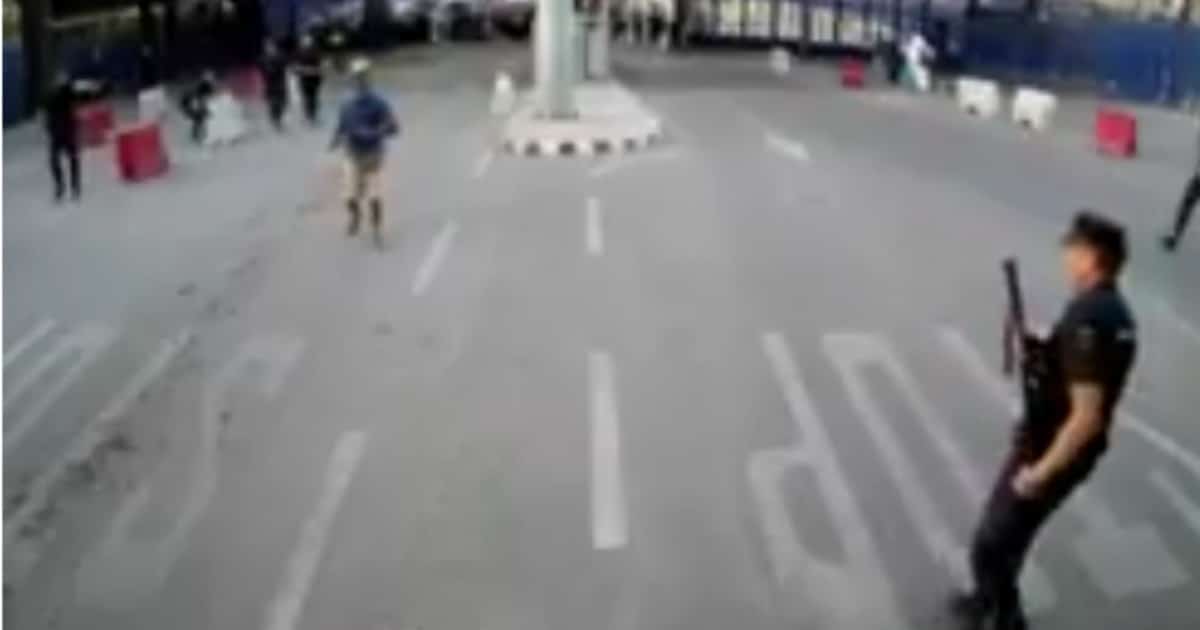 Around the world peaceful citizens suffer the threat of radical Islamic terrorism.

It’s almost an everyday occurrence to hear about a violent attack against innocent civilians.

But at least in this one instance, nearby police were ready for action.

A knife-wielding man shouting “Allahu Akbar” (God is great) tried to attack Spanish police Tuesday moments before an officer knocked him out with a plastic road barrier.

The failed attack took place in the Spanish territory of Melilla, which makes up one of two land borders between the European Union and Africa. The man was circled by a large group of officers as he approached the border post with a knife. One officer sustained light injuries from the attack.

Spain’s Interior Minister Juan Ignacio Zoido posted a video Tuesday showing how the suspect got knocked out by a police officer with a plastic road barrier. A number of officers then wrestled him to the ground and arrested the suspect.

The stunning footage shows the event in full detail. The assailant was threatening police, who seemed to be drawing him away from bystanders. Once officers were able to get behind him, they struck him down. Rapidly the other officers swarmed the man and arrested him.

One must ask, though, why these cops were forced to use a plastic barrier to stop the attacker. Are they not properly equipped, that they must resort to using nearby objects? What if those barriers were not available? It might not have ended so safely.

This encounter is another example of how anywhere, at any time, radical Islamic terror can strike. As far as we know, this man did not have any affiliation with ISIS. That area is known from clashes between police and migrants. Perhaps he wanted to slip into Spain and thought intimidation would get him there.

This encounter also shows us that police around the world need to be better equipped to confront potential attackers. They may not want to use guns, but there are other devices and tools capable of subduing terrorists, when plastic barriers are not available.