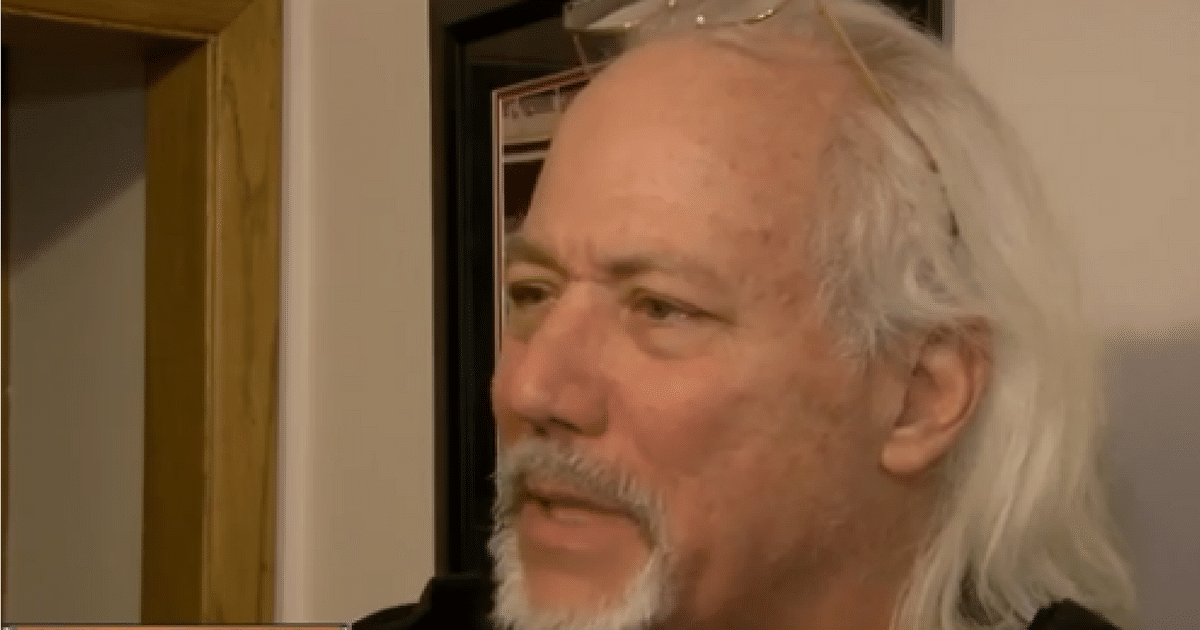 As much as liberals would love for it to be the case, one simply can’t have things both ways.

Unfortunately, there’s plenty of examples of backwards leftist thinking that demonstrate they need a reminder on that simple piece of wisdom.

One of the more alarming ones has to do with matters of censorship. In a nutshell, an overwhelming number of liberals continually demonstrate that anything that doesn’t align with their preferred narrative needs to be stifled completely.

However, those same out of touch folks feel that anything they have to say is perfectly fine.

It doesn’t take more than a first-grade education level to poke a ton of holes in those wayward thoughts.

If one is going to continually light their hair on fire about free speech and whatnot, it’s pretty tough to take those same folks seriously when they engage in oppressive tactics for things they don’t agree with.

WTMJ shares another example of faux outrage over a questionable sign that doesn’t point to hugs and safe spaces for all.

A controversial sign on private property in Brookfield is turning heads, and prompting calls to police.

The photo says “Make war until Allah reigns supreme” and asks people to read the Quran. 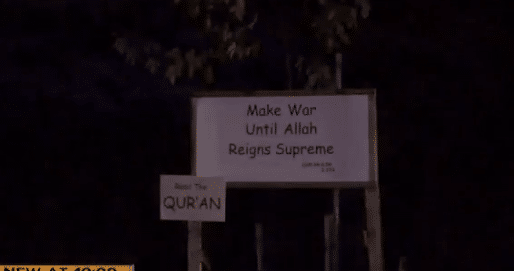 This is where things get sticky when it comes to the free speech debate. Exactly what purpose does posting such an inflammatory sign serve?

The answer is not all that much, but that doesn’t change the rights of the homeowner.

Upset neighbors have contacted the police in regards to the sign, and they have received yet another lesson on how free speech works.

“He and his wife are great people,” said Tony Tenaglia, who lives across the street. “Very smart, very religious. I don’t think they did it to upset people. We had a debate about it.”

The message on the sign changes every few weeks, and typically shares different bible verses. Never before has it referenced war, or the Quran, the central text of Islam.

“I like that he takes it upon himself to do something that’s sort of unique, and I respect his opinion,” Tenaglia said. “I enjoy the biblical verses he puts up. But the Quran stuff, I’m not sure what that does. That might not be a good choice, you know?”

In the grand scheme of things, it sounds like the homeowner in question simply likes the attention.

Those that give it to him feed the beast – so to speak – and he’s inspired to post even more signs as a result.

For a simple solution, neighbors can simply stop paying attention to the homeowners attempts to stir the pot.

However, a ton of neighbors see things differently: they don’t like it, they don’t agree with it, and they want it gone.

That’s not going to happen, so perhaps they can devote their energies towards understanding how free speech works instead.