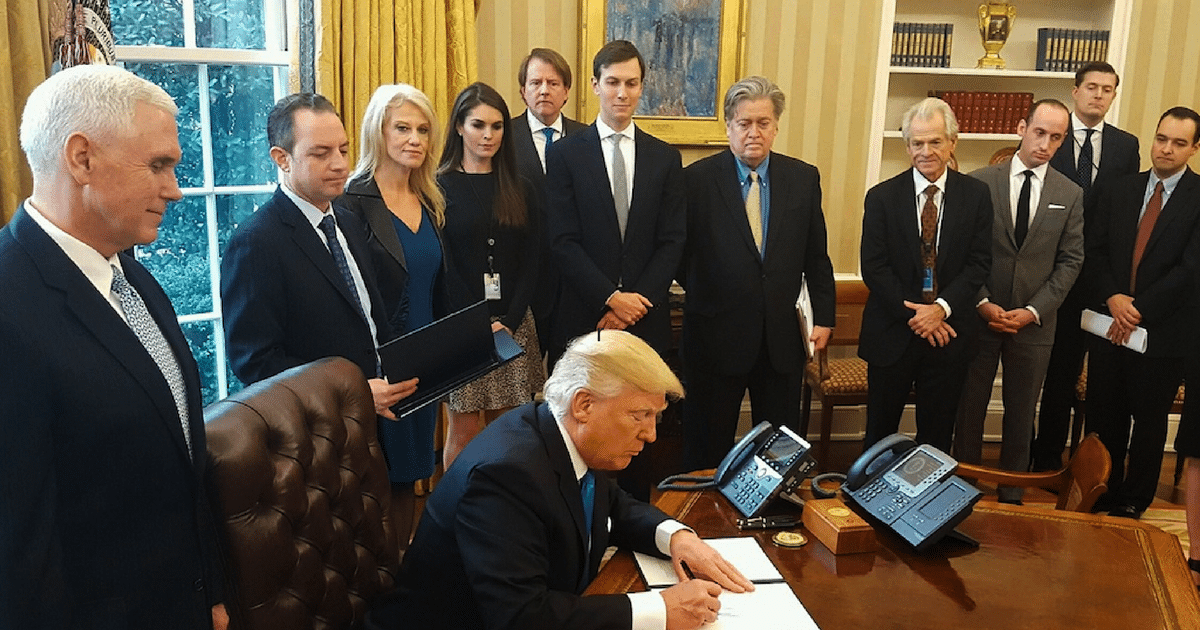 Some of those rumors have been successful, too. A number of high-profile Trump staffers have left because of them – Michael Flynn, for example. And of all the rumors the Left has spread, none has been worse than the claim that Trump is sexist.

So it’s funny that the Left’s worst claim is also contradicted by the success of all the other Lefty rumors. Because all those guys forced out of Trump’s administration? They’re all male.

How is it that a sexist president only fires men?

Trump only fires men. Not one of the people he's booted as president has been a woman.

From the very beginning of his campaign, many of President Donald Trump’s opponents have claimed he was an unapologetic sexist.

But a look into the current state of the White House staff — particularly who’s coming and going — might give a better picture of what’s really going on. [Because] the overwhelming majority of exiting staffers have one distinctive thing in common: They’re men.

IJR is correct – everyone fired has been male. And it’s not just a few. The full list – from Lewandowski to Gorka – has over a dozen names. No women.

Trump fires good men. It's great men and women or nothing.

We’re long past the point of establishing some sort of pattern here, folks.

But perhaps the biggest sign that libs have been wrong from the beginning? Kelly Anne Conway.

The first woman to manage a successful presidential campaign is one of the few chief advisers in the White House who is both A) not related to the president and B) still employed.

Ouch. The man Hillary Clinton hates, liberals hate, and Big Government Spenders hate – the man the Left tried to tell you was sexist – has the record in Washington for ‘Most Successful Female Administrators.’ Think about that.

Wait, I was wrong – Trump has the record in Washington for ‘Two Most Successful Female Administrators.’ Because it’s not just Conway.

It was a woman, Sarah Huckabee Sanders — who rose through the ranks, proving to be just the fearless and formidable force the press room sorely needed.