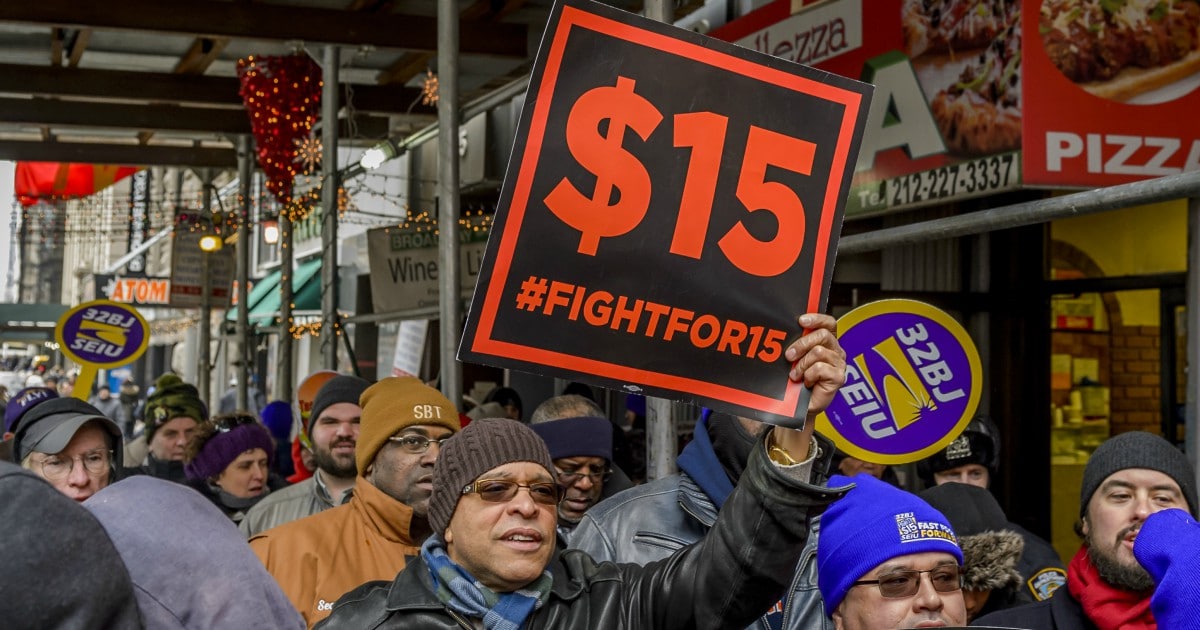 It’s almost hilarious to see liberal policies crash and burn. Only, they tend to hurt millions of Americans.

This has been true of the minimum wage hike, that has actually led to a decline in jobs and businesses.

But it looks like at least one state has been smart enough to end this form of liberal extortion.

As rallies across the country have demanded an increase in the minimum wage to $15 per hour, one state is reducing its legal lowest rate. Missouri is rolling back its minimum wage from $10 to $7.70.

Missouri Gov. Eric Greitens, in office since January, is allowing a bill passed by the Republican-controlled state legislature to become law on Aug. 28 without his signature, The New York Daily News reports.

The move comes on the heels of a study that found that Seattle’s minimum wage hike actually hurt the people it was supposed to help, costing minimum wage workers an average of $125 per month, or $1,500 per year.

Promises of minimum wage hikes have been used by democrats to win votes. But they never look at the long-term effects of these laws.

They say big companies can afford the hikes. But mid-size and small businesses cannot. They are either forced to cut back workers’ hours or lay off staff. Worst case scenario, the company goes out of business or moves to another state.

Regardless, these laws mean fewer jobs and less opportunity for workers.

Yet liberals keep pushing them. God forbid facts and logic get in the way of their Socialism!

Missouri is pushing to remove the minimum wage hike in a desperate bid to save jobs. Why should companies, big or small, stick around when they are forced to pay high wages? Even large corporations find ways to avoid paying more, by replacing staff with automated services and machines.

Minimum wage is appropriate for an entry-level job. The idea is for workers to get experienced and skilled, so they can move up the ladder. Nobody should get paid $15/hour to flip burgers.