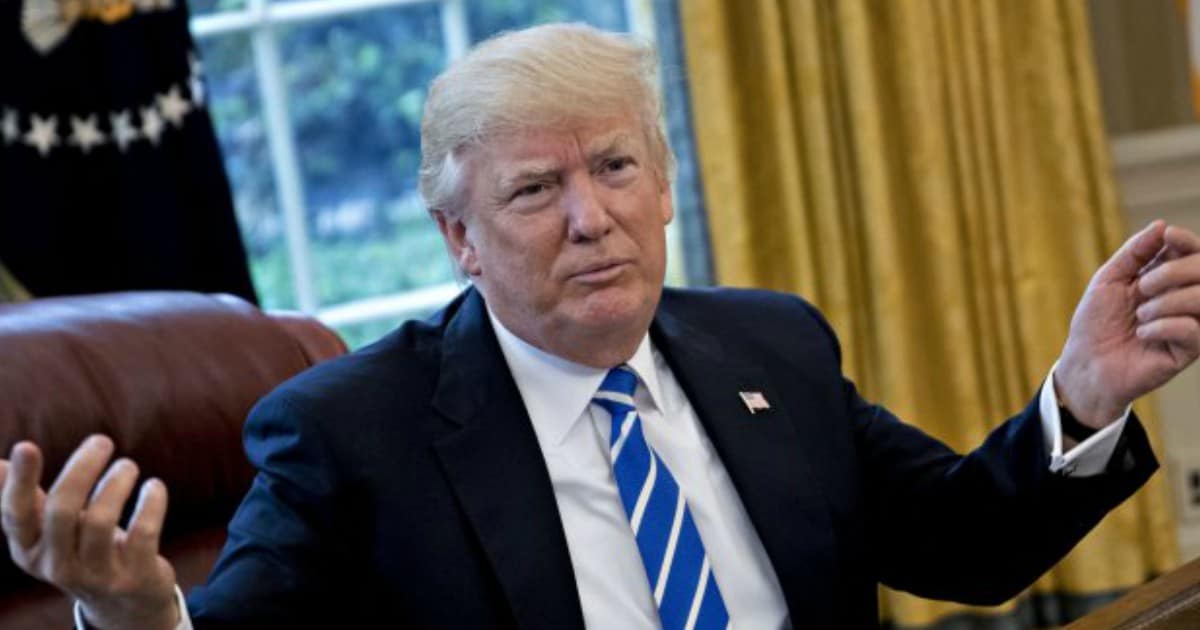 Nothing that democrats can do seems to hurt Donald Trump.

They threw everything they had at him during the election. They hand-picked their candidate (foiling the will of their own people). They employed the use of the media to destroy him. They used bogus polls to discredit him. They even dug up old audio in hopes of smearing his character.

Trump still destroyed Hillary in the election. Since then, the left has looked like a criminal organization, resorting to more and more desperate tactics in the hopes of saving themselves.

They’ve used terrorist-like groups to cause panic and riots in the streets. They tried to bully the Electoral College in hopes of undermining our democracy. They’ve even cooked up a fantasy that Trump worked with Russia to hack the election.

Perhaps the most pathetic attempt at hurting our President has been the ongoing complaints about his taxes. Twice this has blown up in liberals’ faces. Yet they still cling to the foolish idea that revealing portions of Trump’s taxes would somehow expose him.

It has only exposed the left for being criminals and idiots. According to The Associated Press, Empire State lawmakers on Wednesday introduced a bill that “would require the state to release five years of state tax information for any president or vice president who files a New York state return.”

“This is drawing a line in the sand: Are you for transparency or not?” Democrat state Sen. Brad Hoylman reportedly argued in defense of this bill. “This is an issue of national security.”

No, it’s not — it’s an issue of obsessive Democrat lunatics grasping for straws in a bid to undermine Trump’s presidency. It might even be a bid to boost Democrat morale, according to Scott Reif, a state Senate GOP spokesman.

“This sounds like a P.R. stunt,” he said, according to the AP.

Wow, this is pathetic. What do those lawmakers think they will accomplish? Already we’ve had some of Trump’s tax returns released to the public–without his consent. What have we learned? That he’s followed the law and done nothing wrong.

In fact, thanks to Rachel Maddow’s groundbreaking revelation, we learned that Trump paid more taxes than most wealthy Americans–including Hillary Clinton and Bernie Sanders.

This is even more offensive when you consider all the other problems facing New York. A city suffering from crime, job shortages, and shockingly increasing rent prices, the lawmakers of the state want to waste time and money on this.

“New York City continues to see gang murder after gang murder, the predictable consequence of the city’s ‘soft on crime’ stance,” the Justice Department announced in a statement last month.

Meanwhile, the Brooklyn district attorney announced a new policy last week “intended to lessen the chances of deportation for ​immigrants convicted of” so-called “low-level offenses,” according to the New York Post.

It’s clear that New York lawmakers would rather run the state into the ground in chasing Trump, than helping the people.

Perhaps they’ll only learn the error of their ways when New York is as terrible a place as Detroit or Baltimore.