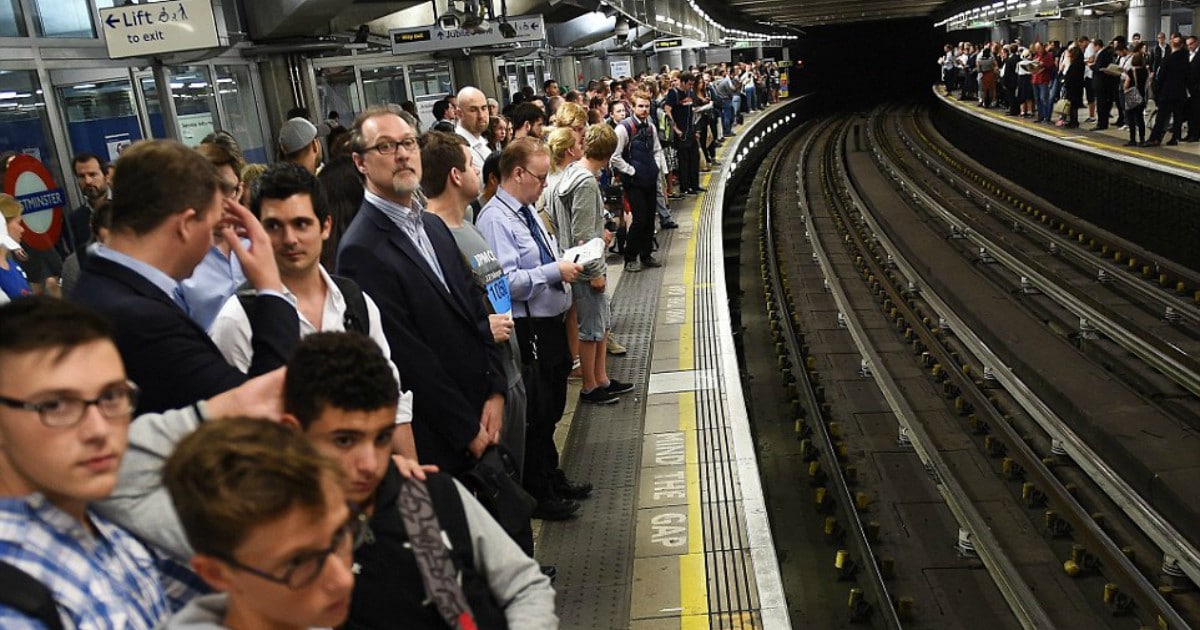 While we are enjoying a new movement of freedom and conservatism in America, it’s not the case everywhere else.

Our pals over the pond are mired in political correctness and rampant, out-of-control activism.

Thanks to empty-headed liberals, even basic greetings are now considered forbidden. Even a common phrase.

The London tube is policing innocuous language in the name of inclusion.

According to The Independent, Transport for London drivers will now be banned from using the apparently offensive phrase “ladies and gentlemen” in exchange for more inclusive, gender-neutral words, like “everyone” and “all.”

The ban comes after LGBT activists spoke out, claiming the common phrase “belonged to yesterday” and was “outdated.”

Even pre-recorded announcements with the phrase, and written guidelines, will be amended, notes The Independent…

The tube “has made a commitment to transition from gender-specific phrases like ‘ladies and gentlemen’ which are currently used in announcements, to a gender-neutral alternative such as ‘good morning/good afternoon everyone,” he added.

You know what really belongs in the past? LGBT activists who think they can rewrite our customs.

Maybe it’s appropriate. Radical, hateful gay activists should not be called “ladies” or “gentlemen,” because there’s not a decent lady or gentleman among them.

Hateful groups are the worst of society. They attack traditions and customs, not because those customs are wrong, but because they want to destroy what makes our societies special.

And how are inclusive words like “ladies and gentlemen” disrespectful? Even transgenders fall into one or the other group, right? Trans women want to be treated as ladies, don’t they? And trans men as gentlemen? So where is the problem?

The problem is liberal activists hate our societies. They want to destroy everything we worked so hard to create. They will never be happy. If you bow to their whims today, they will find something new to complain about tomorrow.

We must follow the old adage when it comes to liberal activists: do not feed the trolls.

And trolls they are.