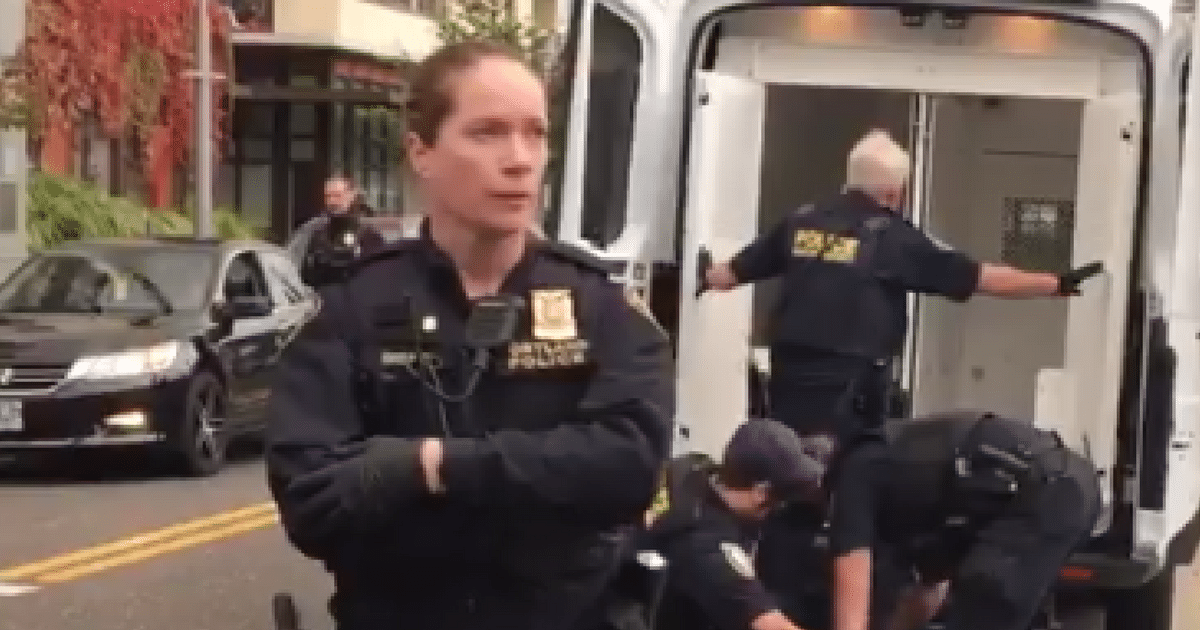 Law enforcement arrests protestors…because, of course. They have to.

Protestors get violent. They harm the cops. Cops fight to restore order. Mainstream Media gets pics of protest wounds, and uses them to have a ‘discussion’ about police brutality. Cops are ordered to back off. Protests get worse.

Luckily, ICE agents just figured out a way to stop it, and you’ll never guess how simple it is.

On Wednesday, Portland, Oregon, protesters chained themselves together with duct tape in front of the U.S. Immigration Customs and Enforcement Building.

They wanted to prevent a bus with deportees from leaving.

By all accounts, the lib protesters might actually have pulled this off. No matter how illegal the move might be, if you have enough people in front of a bus, the bus isn’t just going to run people over.

Of course, if you have enough people illegally in front of a bus, ICE isn’t just going to let them stay there.

Homeland Security and ICE were not having it, though. At first, they just arrested protesters. But the way two other activists were dealt with is really turning heads.

They had their faces covered and headphones placed on their ears.

You might be wondering why in the world ICE would do that. So was I – but the reason is brilliant.

[The] bureau says the hoods and headphones strategy “prevents the proestors (sic) from intentionally causing themselves injury and/or falsely claiming injury.”

If they can’t see or hear what’s going on, the theory goes, they can’t try to hurt themselves.

In short, if people are completely cut off, they just have to do what law enforcement tells them. Like they’re supposed to.

And cutting off protestors from the outside world serves one other purpose – without any way to see or hear, the libs can’t incite violence, get hurt, and then claim police brutality. And then post the pictures up all over social media as a ‘win’ for the protest.

And then have the Mainstream Media use those pictures to start a false dialogue.

This might be the most brilliant policing tactic yet. Silence the left…by giving them headphones.

I, for one, am enjoying the quiet.