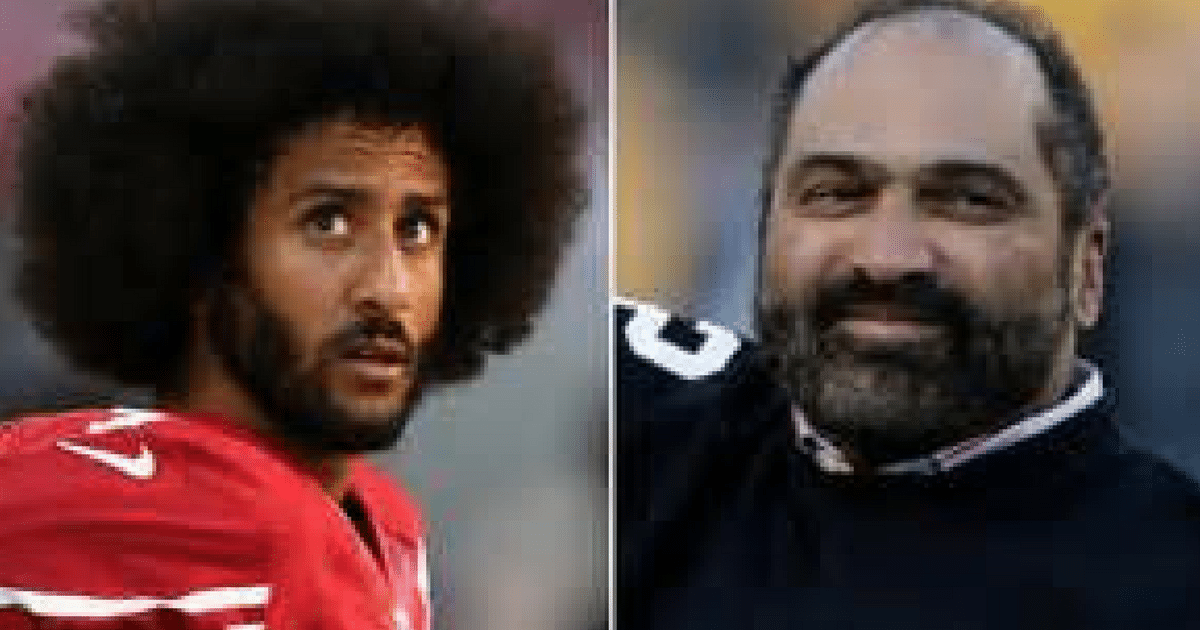 Given the threat of war, North Korea, and hurricanes, it seems shallow to talk about football.

Of course, with players like Colin Kaepernick, football and political turmoil intersect. And Kaepernick’s habit of not standing for the national anthem is growing in popularity.

It’s liberal idiocy, but other players are joining the bandwagon.

So it’s nice when one of the greatest players of all time decides to speak up…and says, in a nutshell, ‘in my day, we would have stood for the anthem…no matter what else we believed.’

In short, Franco Harris is telling Kaepernick to check his privilege. [Kaepernick’s] national anthem protest lives on through other NFL players.

Talk show host John Ziegler decided to bring on an NFL legend to talk about the issue. Franco Harris was an NFL Hall of Famer and four-time Super Bowl champion.

If you don’t follow football – and shame on you – let me catch you up. Franco Harris is a football phenom. He’s got a long list of stats that put current players to shame. He was Rookie of the Year, gained a cult following with Italian immigrants, and constantly outperformed his fellow athletes.

Oh, and that cult following? Harris wasn’t born of white privilege. His mother was Italian, and his father was black. So he knew what it was to face discrimination.

Harris can be heard here.

But the gem of his talk are these words:

This has been my position from the start that we always, sure we have certain social issues that we will always be dealing with, but that you stand for the flag. And that we are all behind the flag.

If Colin felt that he wanted to make a point, [he could] get involved with any position or organization that he really wants. But when he puts on that suit and steps out on that field, now it’s more than just him.

It’s his teammates, it’s the NFL, and it’s the fans. It is not just about him and his position and things that he wants to back and he wants to believe in. Because the team has to come first.

‘Team First.’ Read it again, if you must.

And then let this sink in: right now, Colin Kaepernick has no team. He won’t be playing with anyone. The guy that decided to put himself before the team…now has no team.

Maybe Colin should listen to Franco.