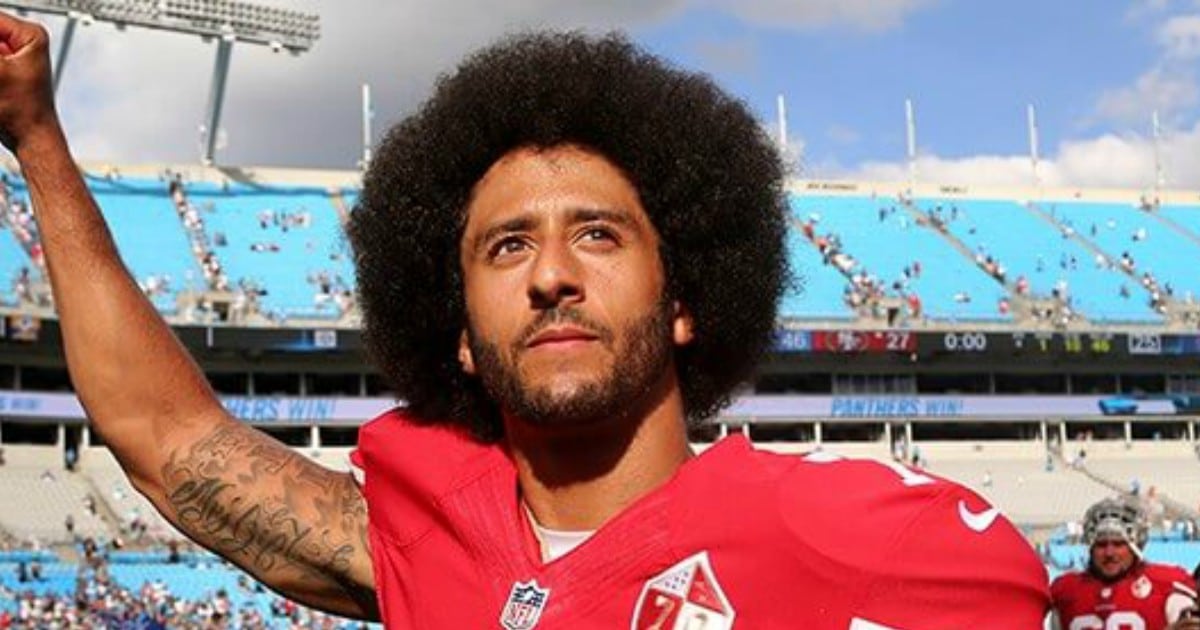 Give a liberal enough time, and he will eventually give up. It’s not just that laziness is a trait in liberals (even though it is). It’s that human beings aren’t meant to be dishonest for that long a period of time.

In short, if you’re really going to protest American freedoms, the American military, Trump, and anything else for a long time, you’d have to believe those things are really dangerous.

And if you don’t…you’re going to give up at some point.

In related news, Colin Kaepernick is finally calling it quits. Because, look – even a liberal has to finally admit that everyone – and I mean everyone – is privileged in the United States of America.

None of us have anything to b*tch about.

Which means that any protests, or anger, or Refusal to Stand during the National Anthem is exactly what conservatives say it is: being a child.

And Kaepernick looks like he’s finally ready to grow up. You can’t hate the National Anthem of the United States of America while benefiting from her freedom without there being some consequences.

Colin Kaepernick learned this the hard way and it appears that his tone has changed.

It would seem that he’s not impressed with people boycotting him and threatening his livelihood, and has decided to take a different approach to the National Anthem this season.

That last line is my favorite. Really, protesting something that’s near and dear to the hearts of Americans…hurt your career?

On the one hand, part of me wants to rejoice that Kaepernick is finally doing the right thing.

On the other hand, it’s pretty obvious that he’s stopping his protest because of money. After all, if he kept this up, who in the world would hire him? Who in the world is even hiring him now?

Kaepernick’s ‘protest’ is a really good model for the rest of us, though – at least for the category ‘How to Take Down a Liberal.’ And it’s easy – hit his pocketbook.

Find the money, or the fame, or the attention, and take all that away. And nine times out of ten, the liberal protest will disappear. Because it isn’t about conviction. It’s about greed, or looking cool. It’s about attention.

Well, Colin…stand for the anthem, and you can leave time out.

The adults are in charge now.