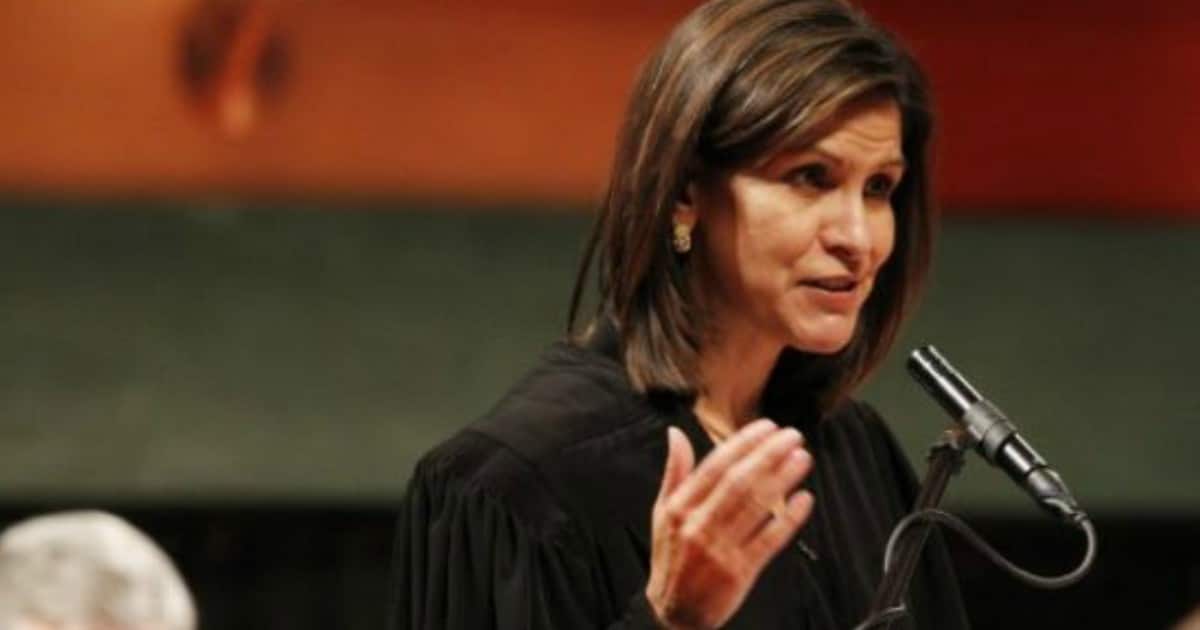 Thanks to corrupt, Obama-appointed judges, many needed reforms are being blocked throughout our country.

These “judges” allow their liberal bias to poison what should be unbiased rulings. They make a mockery of our nation and invalidate the will of the people.

One such judge overturned an important law in Texas, and is helping serious fraud occur.

Obama-appointed Judge Nelva Gonzales Ramos struck down the Texas voter ID law on Wednesday that requires ID’s to vote. Judge Ramos believes it is racist to believe blacks and Hispanics are able to fill out paperwork and purchase an ID card.

The law was then softened for the 2016 election.

Earlier this year the Trump-Sessions DOJ asked a federal court to dismiss the department’s earlier claim that the ID law was enacted with the intention of discriminating against minority voters.

But Democrats love their voter fraud.

As stated in a graphic below, you need an ID to buy alcohol, cigarettes, open a bank account, apply for government programs, rent a house or car, get married, adopt a pet and much more. Yet these democrats want us to believe that someone interested in voting isn’t doing all these things?

You need an ID to do so many things in this country. And you don’t have to have a driver’s license. Cities will issue a valid, non-driver ID to anyone—so they can have valid identification.

Considering the massive evidence of voter fraud, it only makes sense that polling stations require ID. Yet democrats block this, because for years they’ve manipulated the system through voter fraud.

They let people vote illegally, using fake names or the names of dead people. It’s rampant throughout our society. One of the few ways democrats win elections.

This judge is obviously trying to protect illegals who live in Texas. Not only does she want them here, taking jobs and weakening our national security, she wants them voting in our elections! Imagine that, illegal aliens, criminals, deciding who should lead us.

All I can say is, Texans you better fight back.