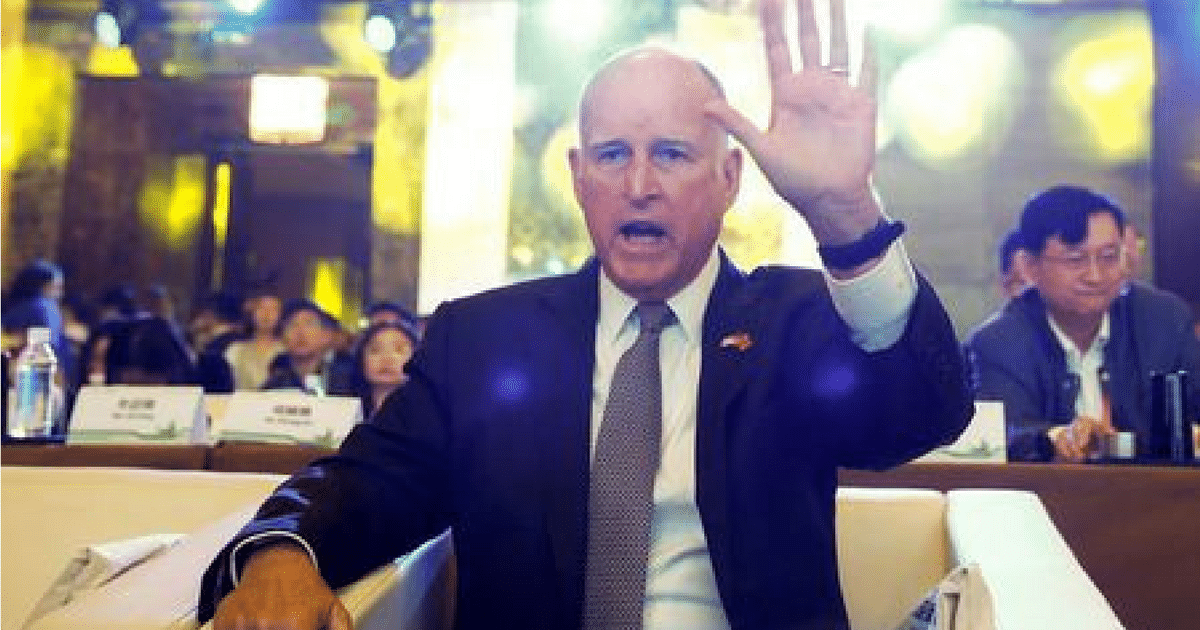 While it’s no secret that the state of California marches to its own drummer on certain policies and procedures, liberal leaders in the massive state have become further emboldened to do what they think is best – regardless of consequences.

A perfect example of that comes courtesy of state leadership’s insistence on digging its collective feet in the ground on being a so-called sanctuary place.

Certain liberal cities have long been thumbing their noses at federal laws in regards to immigration, and the rest of the state will now be following that lead.

Breitbart has the details.

California officially became a sanctuary state for illegal aliens on Thursday with the stroke of Gov. Jerry Brown’s pen.

Senate Bill 54 will go into effect in January 2018. Brown signed the bill entitled the “California Values Act” and released a signing statement. Brown explained what the bill does and does not do.

The bill prohibits local law enforcement from asking about immigration status in the course of routine interactions and prohibits them from complying with U.S. Immigration and Customs Enforcement detainer requests.

The state that wants to play country is controlled by liberal leadership that feels they know best on all kinds of things.

We can only imagine that thought process doesn’t sit too well with California residents that subscribe to differing political viewpoints. “The bill further directs our Attorney General to promulgate model policies for local and state health, education, labor and judiciary officials to follow when they deal with immigration matters,” wrote Brown.

“This bill does not prevent or prohibit Immigration and Customs Enforcement or the Department of Homeland Security from doing their own work in any way,” said Brown in the signing letter.

According to Brown, “The bill does not prohibit sheriffs from granting immigration authorities access to California jails to conduct routine interviews, nor does it prevent cooperation in deportation proceedings for anyone in state prison or for those in local jails for any of the hundreds of serious offenses listed in the TRUST Act.”

This is just one example of a state government run amok. Gov. Jerry Brown and his cronies continue to make complete spectacles of themselves while essentially flipping off the rest of the country.

While we shouldn’t have to point this simple fact out, it seems like California leaders need a refresher: federal laws exist for a reason, and states within the union are expected to follow those laws.

Can California residents now also pick the federal laws they want to follow and disregard the ones they don’t care for?

The obvious answer is no, but that serves an extreme example of the horrible precedent the state is setting here.

Perhaps the various Cal-exit movements should be allowed to move forward without the rest of the United States putting up much of a fuss.

If the state can do everything better by themselves, they should have no problem building their own military, keeping themselves out of debt, and maintaining their own infrastructure.

The rest of the United States will be happy to provide sanctuary for residents that have no desire to deal with such nonsense any longer.