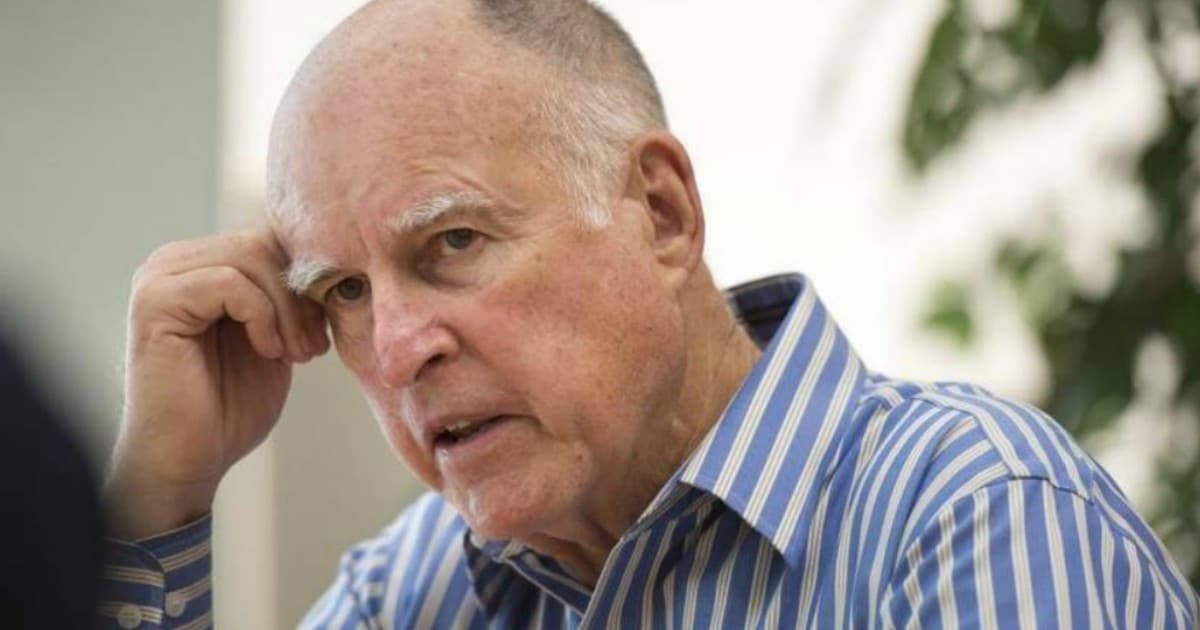 If you thought California was messed up before, get a load of this!

We knew their governor, the idiot Jerry Brown, was a virtue-signaling, Socialist hypocrite. His plans for the state will surely lead to ruin.

Now it seems he is trying to turn other states against CA, as he bans government travel to certain states over this one reason.

California has added four more states to its list of states it considers “anti-LGBT” and off limits to government travel, Fox News reports.

The state’s attorney general says California will no longer fund travel to Texas, Alabama, South Dakota and Kentucky because of legislation in those jurisdictions that California considers politically unacceptable for the promotion of LBGT rights.

Xavier Becerra added the four states to a list that already includes North Carolina, Kansas, Mississippi and Tennessee. He proclaimed that state funds “will not be used to let people travel to states who chose to discriminate.”

The actual consequences of the travel ban, beyond a political statement, are uncertain. The law allows for various exemptions, including travel that is related to law enforcement or contracts approved before 2017.

The legislation will prohibit travel to conferences or training seminars but the attorney general’s office was not forthcoming with any information on how frequently California state employees have needed to travel to any of the proscribed states.

This is a textbook definition of virtue signaling. An empty gesture that won’t do anything to change situations for the better.

The states listed in this ban have actually gone up in my esteem. Obviously, they are doing something right, if a backwards, un-American, warped person like Gov. Brown hates them.

All he is doing is telling states—states with lots of people of strength and conviction—that he doesn’t like them. That their values do not match his own. Make no mistake: he’s not going to be able to stop people from traveling there. He’s just announcing to the world how much of a liberal cuck he is.

Texas Governor Greg Abbott was non-plussed over California’s travel ban, relaying though his spokesman John Wittman, “California may be able to stop their state employees, but they can’t stop all the businesses that are fleeing over taxation and regulation and relocating to Texas.”

BOOM! Abbott knows what’s up. As more people and companies flee the Socialist Republican of California, Texas and these other “banned” states will only benefit.

So, who’s really going to lose in this fight?