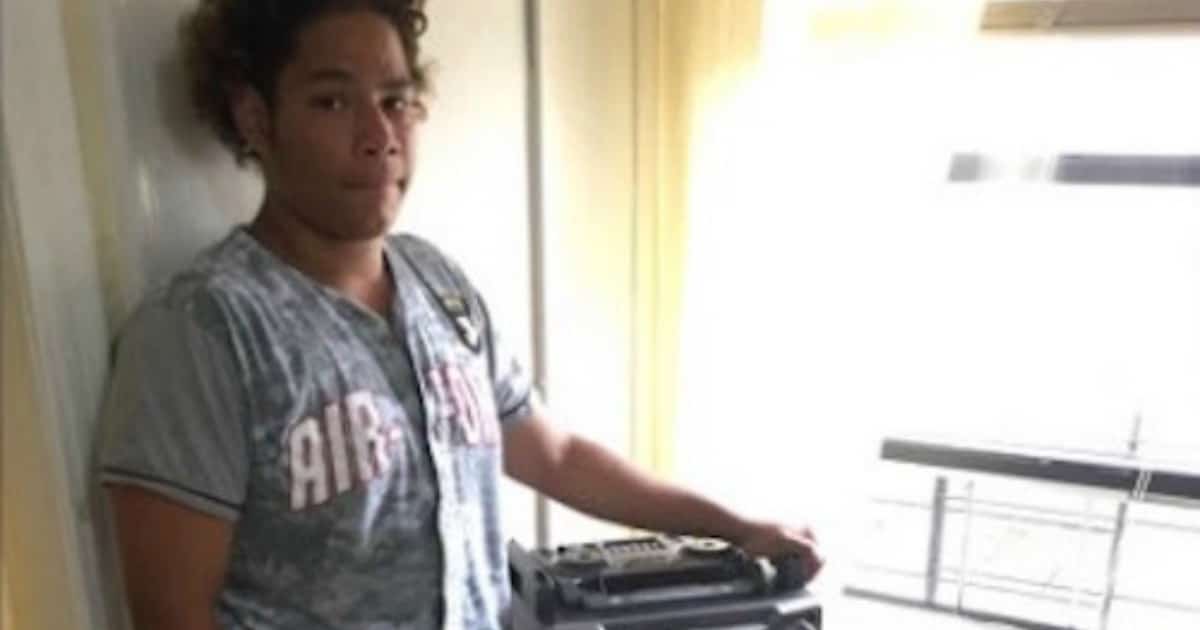 Thanks to reckless hate groups like Black Lives Matter, hatred for our police officers has never been higher.

Young Americans speak and act out with vile hatred towards the brave men and women who put their lives on the line to keep us safe.

But there is at least one nasty teen who is facing serious consequences for his unjustified act of hate towards New York cops.

A snot-nosed, cop-hating, teenage punk who blared the rap song “F*ck That Police” from a third-floor Bronx apartment as thousands of police officers attended a funeral for a slain comrade, has been booted out of his home.

Julien Rodriguez, 16, made headlines worldwide when he pulled the outrageous stunt, repeatedly blasting the song by a group called NWA, or Niggaz Wit Attitudes from his apartment on East 188 Street. He said he did it because his older brother and best friend were unjustifiably killed by cops…

But now Rodriguez has gotten the boot, the Post reports in an update.

Super Danny Morales said he ordered a tenant to get rid of Julien Rodriguez, 16, and his older sister, who had been staying in the tenant’s third-floor pad…

“I told him it’s disrespectful and they can’t be doing this. The police lost a family member. We all need to come together and respect that.”

Morales said he was especially offended because his nephew, Saul Quiles-Morales, is a cop assigned to the nearby 40th Precinct.

“I wouldn’t want to see him lying in a box also. We need to respect the police,” he added.

It may seem like New York is filled with people like Rodriguez. But as a New Yorker, I can testify for the many millions who respect the men and women in blue.

New York is kept safe and secure thanks to their hard work and sacrifices. The vast majority of residents share the sentiment of Morales, the landlord, who was so shocked at Rodriguez’s shameful and hateful behavior.

The fact is, as Black Lives Matter and other hate groups blame cops for black deaths, they ignore one reality. That police officers are the ONE GROUP that is fighting to protect black lives. Many gangs, drug dealers, and muggers who murder black people are thwarted, thanks to groups like the NYPD.

Yet Black Lives Matter continues to ignore this fact. Their hateful rhetoric leads to more black deaths. They only exist to tear down the one force that is working to keep all Americans safe: police officers.

Let’s all spread the word in support for our local police officers. They need it now more than ever.