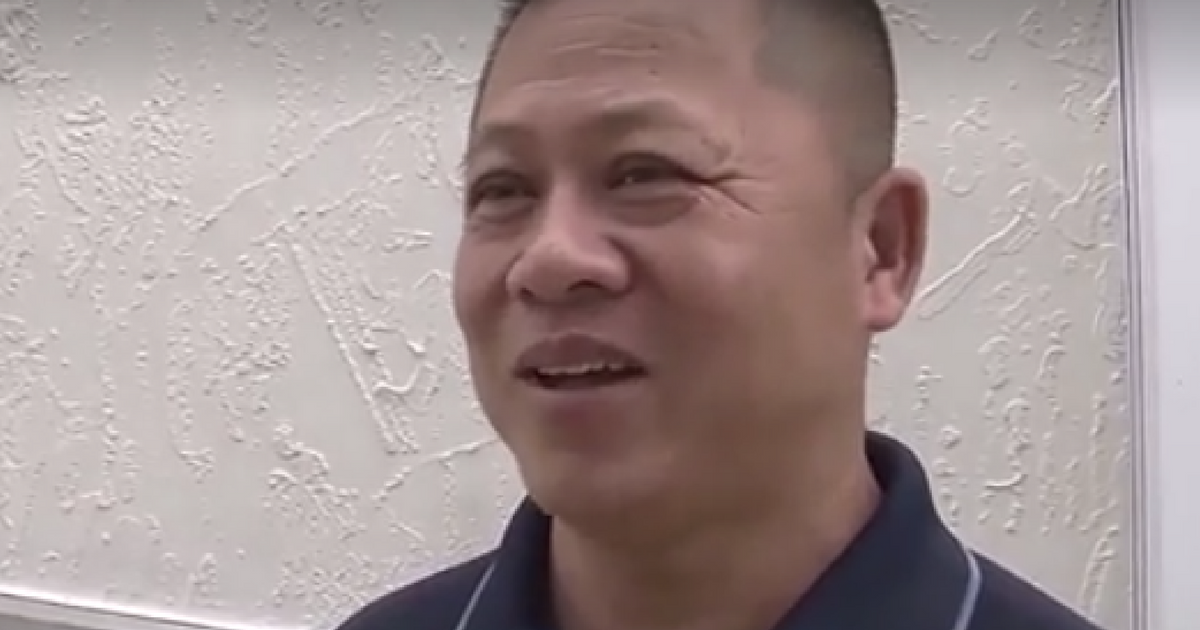 Crime is a plague on our society. Despite the diligent work of police officers, there are still many people who think they are above the law. Be it in big ways or small, crooks are always looking for ways to rob innocent people.

Shoplifters are perhaps the most common type of criminal. They might not be violent, but they still try to take advantage of hard-working shop owners. What they steal could cost these people their businesses. But that doesn’t stop them; they don’t care about anyone but themselves.

That just what one shoplifter tried to do. The only problem? The store was owned by a man dubbed “Clint Eastwood.”

Sowann Suy is like many Americans. A hard-working businesses owner, he runs a gas station and convenience store in Cocoa, FL. He brings in good business, but it requires that he work around the clock. And watch his store like a hawk.

A would-be thief thought Suy didn’t deserve this success or business and decided to alleviate him of some of his merchandise. This loser stuffed cans of beer into his pockets and tried to leave the store.

Now, like most criminals, this man was an idiot. He neglected to check for security cameras, which were most certainly in use. He also didn’t bother to look behind him, because he would have noticed the shop owner. He was standing right behind him.

When Suy confronted the man, the crook ignored him. When he pressed, the shoplifter threatened to get violent. According to Suy himself, the loser tried to beat him up.

That’s when Suy revealed he was packing heat!

Drawing his gun and firing a warning shot into the air, Suy demanded his merchandise back. The cowardly crook handed over the beers and ran away. Witnesses say he ended up in the cemetery across the street, no doubt relieving himself out of fear.

The cops quickly got him and are pressing him for questions.

You may have heard of the first one, but the second is a Florida convenience store owner who’s made news because of his refusal to take any guff from robbers. On Wednesday, Suy forced a man who was stealing his beer to turn it over and then fired a warning shot.

It’s little wonder that Suy has been dubbed “Clint Eastwood” by his friends.

According to WESH-TV, the would-be thief was trying to lift some brew from Suy’s gas station convenience store in the Atlantic coast community of Cocoa by stuffing a can in each pocket.

Suy was right behind him as he left the store, but he quickly found out that the hooligan was willing to use force to get his brew.

Pretty simple cause-and-effect there. Suy fired a warning shot into the air, further driving the point home. The thief decided to decamp to a cemetery across the street, where police ended up taking him into custody for questioning.

It seems like crime is a regular occurrence for Suy. This isn’t the first time he had to use his gun to fight off loser crooks. In 2009, he shot a robber in the stomach.

In 2010, he chased off another crook with his gun. Even as recently as 2016, he wounded yet another criminal, shooting him three times. That man’s serving a 20-year sentence.

You’d think the criminals in that town would have learned by now! DON’T. ROB. SUY. This man is a badass who will protect his shop at all costs. The success of his store means he and his family have food on their table and a roof over their head. Why wouldn’t he defend it with hot iron?

It’s tragic that this storeowner and reported family man has to use such force to defend his property. Certainly, his town and neighborhood can use a stronger police presence. But because of the Second Amendment, Suy can defend his shop, even if the cops are nowhere to be seen.

This is yet another reason why we need to protect and embrace our Right to Bear Arms. Otherwise, we’re all just sitting ducks.