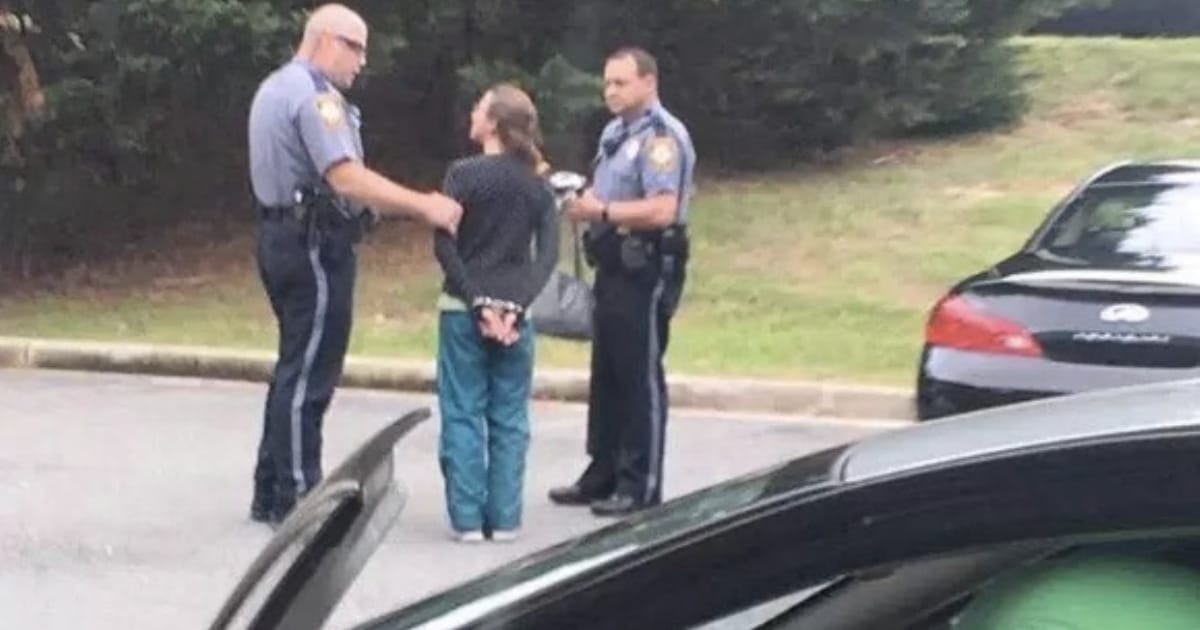 All over America you will find people begging in the streets.

It’s a heartbreaking sight that compels many of us to give.

A woman identified as Micha Leigh Dominguez, 40, from Richmond was exposed on camera last month for posing as a homeless person who owns a new car was reportedly arrested by Henrico Police in Virginia after officers responded to a ‘disorderly situation’ she was involved in. The woman was charged with three counts of throwing missiles at a car in motion after police say she tossed bottles of Gatorade at another woman’s vehicle, as reported.

After catching a glimpse of her in action roaming the city and asking passing cars for money, the guy taking the video approached her as she was just about to hop into her 2014 Fiat in a McDonald’s parking lot…

The problem is that, whether it’s legal or not, people like her are the reason why many of us are skeptical about giving homeless people money. There’s people out there that really need the help, but sometimes we don’t give it to them because we think they are faking it(just like she is).

Sounds crazy? It’s far more common than you think. In major cities (like New York), beggars can earn hundreds, if not thousands, of dollars a day. The sheer amount of people they see, coupled with the generosity of Americans, means big business.

So, it’s not too uncommon to find people who have homes, even cars, out begging for cash from unsuspecting people. You may be thinking you’re helping a sick and hurting person; in reality, you’re helping a crook.

The best thing you can do it not give. Genuinely homeless people need more than just a few bucks to get by. They need rehabilitation, counseling, and a place to get their lives back on track. Those programs are out there; giving them money on the streets tells them they don’t need to seek that kind of help.

But crooks like this woman are even greater reason to keep your wallet in your pocket. There’s no way to know for sure if they are someone in need, or just a phony.