Since 1948, Israel has been protected by one thing – the bravery and sacrifice of its armed forces. And those forces have suffered constant warfare, death, and murder while doing so.

Thankfully, Israeli ingenuity and science has eased that burden. And the Israeli Defense Force is now one of the most advanced fighting forces on the planet. They’re facing off against a nuclear Iran, a divided Iraq, a united ISIS, Hezbollah in Lebanon, and Hamas everywhere else. And the UN.

And this new armored vehicle runs deadly circles around the enemy with ease.

Israel’s superior military technology has made it possible for the country to survive for seven decades surrounded by enemies that outnumber it by the millions, and the next generation armored vehicle that was just unveiled is carrying on that tradition of deadly excellence.

It’s called the “Carmel,” and it’s part of [Israel’s] plan to upgrade the already formidable Israeli army for the next decade.

Now, just so you won’t be disappointed, I need to give a spoiler right now: the Carmel is a tank. 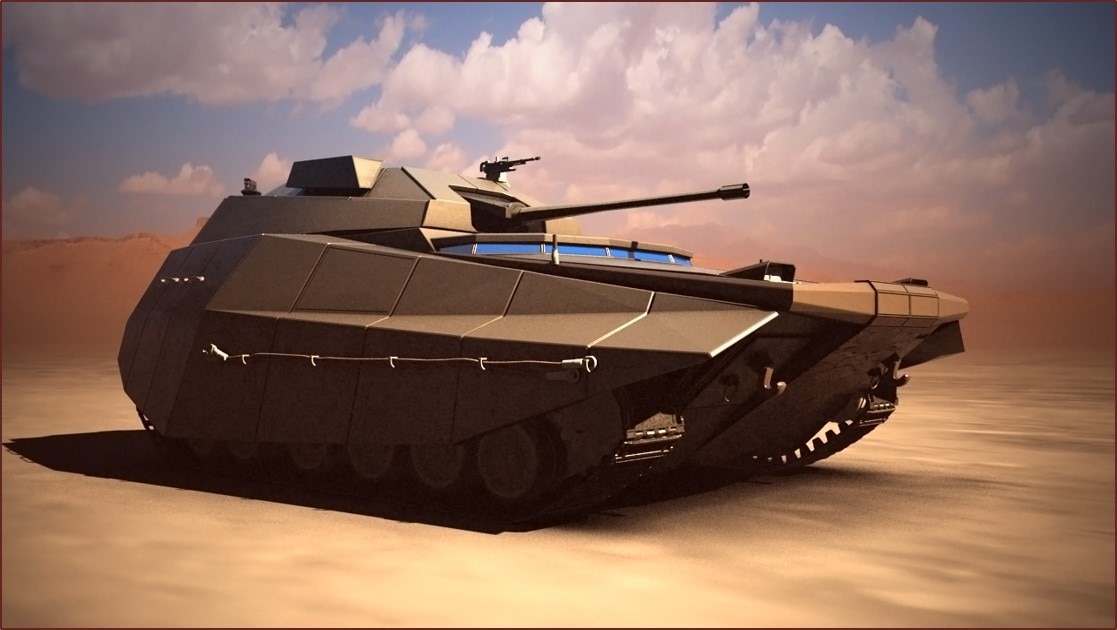 And you’ve probably seen hundreds of pictures, descriptions, and movie clips about tanks in your lifetime. So you’re probably wondering what the big deal is about a new Israeli tank. Fair enough.

Thing is, my answer to ‘what’s the big deal’ won’t do the Carmel justice. But here’s the answer anyway:

‘Like the iPhone 6 is better than the old-school, handheld walkie talkie cellphones that came out in the 80s.’

Looking at Israel's new Carmel 2-man tank, I was astonished something so small could weigh so much – 35 tonnes. Protection is VERY high. pic.twitter.com/hDFFRsTyg6

So, yes…the Carmel is technically a tank. But you have to understand just what it does.

First, there’s this: “semi-autonomous navigation and targeting systems.” Think self-driving cars, but for weapons. It’s one of the reasons that this is possible: “two crew members as opposed to four in the Merkava, [the old-style Israeli tank.]”

Two crew members, because the other two have been replaced with a deadly artificial intelligence. It’s both safer, and preserves more Israeli lives, just in case a Carmel actually goes down.

But that’s not likely.

For one thing, the most vulnerable part of the tank, the front windshield, is…well, gone.

One of the stunning features shown in the video is virtual “transparent” armor, which projects the view from cameras in front of the operators and eliminates the need for a traditional windshield.

There’s other features, of course. It would take dozens of pages to list them all.

But a self-driving, self-shooting tank with a virtual windshield? I’m betting on Israel.