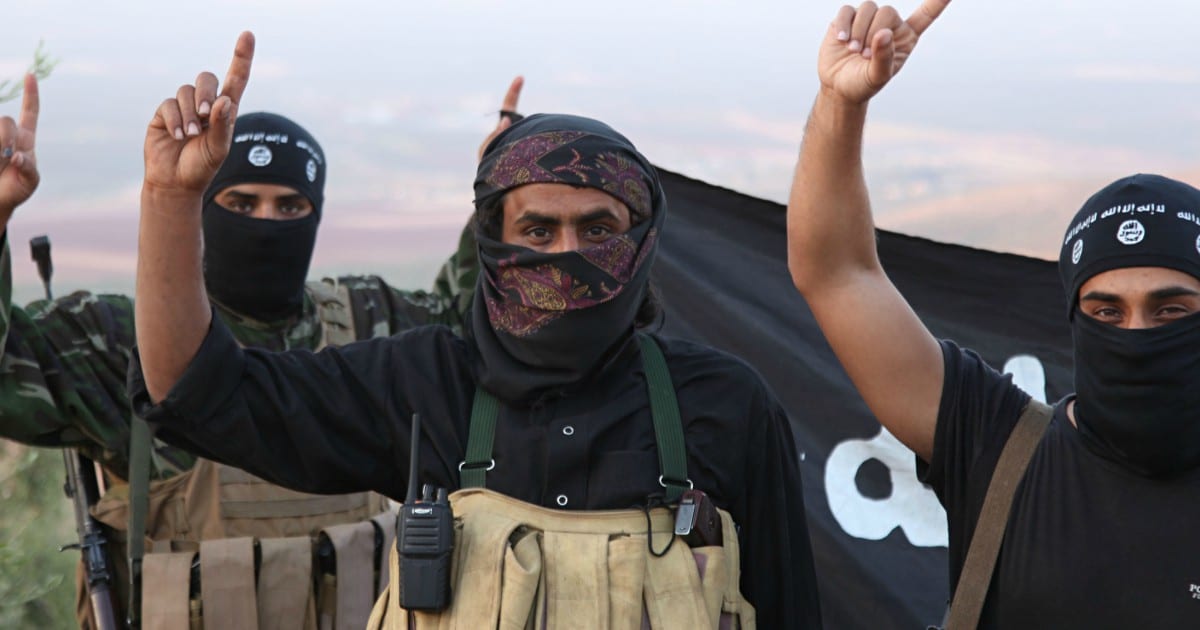 Let’s start with a familiar line: ISIS must be destroyed.

We know the reasons – ISIS soldiers rape captured women. They test chemical weapons on their prisoners. They kill innocents, and brag about it. It’s a long, long list of evils.

We’re about to make it longer. Because reports are now coming in that ISIS is using ‘something new’ to fight Iraqi forces in Mosul.

More specifically, women soldiers who very much do not want to be soldiers. Or fight.

After losing many of its men in the fight for Mosul, the Islamic State (ISIS) extremist group started to use women to defend its last holdouts in Iraq’s second largest city, military sources reported on Sunday. “In a bid to impede the Iraqi forces’ progress, Daesh terrorists began to spread snipers in the old city of Mosul, besides using suicide bombers and car bomb attacks,” the Iraqi general command said.

“After having lost many of its men, ISIS began to use women in the fight.”

You have to hand it to ISIS soldiers – just when you think they can’t get worse, they surprise you.

There’s well over a hundred separate angry ways I’d like to make the following point, including screaming it from the rooftops of Mosul…but I’ll stick with the simplest way: soldiers are supposed to protect women and children.

Not use them as shields. This…this is a cowardice that can’t even be described.

These men aren’t brave. They’re cowards. They have no shame, and they do not deserve pity.

And it’s a good bet that ISIS soldiers will keep using women – and probably children – until they simply run out of hostages. We’ve good reason to believe this. From the Conservative Tribune:

Those women living in ISIS-controlled portions of the city who haven’t been forced to fight are struggling to just stay alive. An estimated 200,000 or so people — men, women and children — still live in these districts, according to a U.N. humanitarian coordinator.

It’s quite simple – ISIS doesn’t want to give up Mosul. It would be a sign that they are severely weakening. So they’ll use whatever resources they can to win the fight. Or at least to drag it out as long as they can.

And are captured women and children ‘resources’ for war? If you’re an ISIS soldier, you bet. It’s not like you think they’re human, or anything.

This needs to end. ISIS must be destroyed.