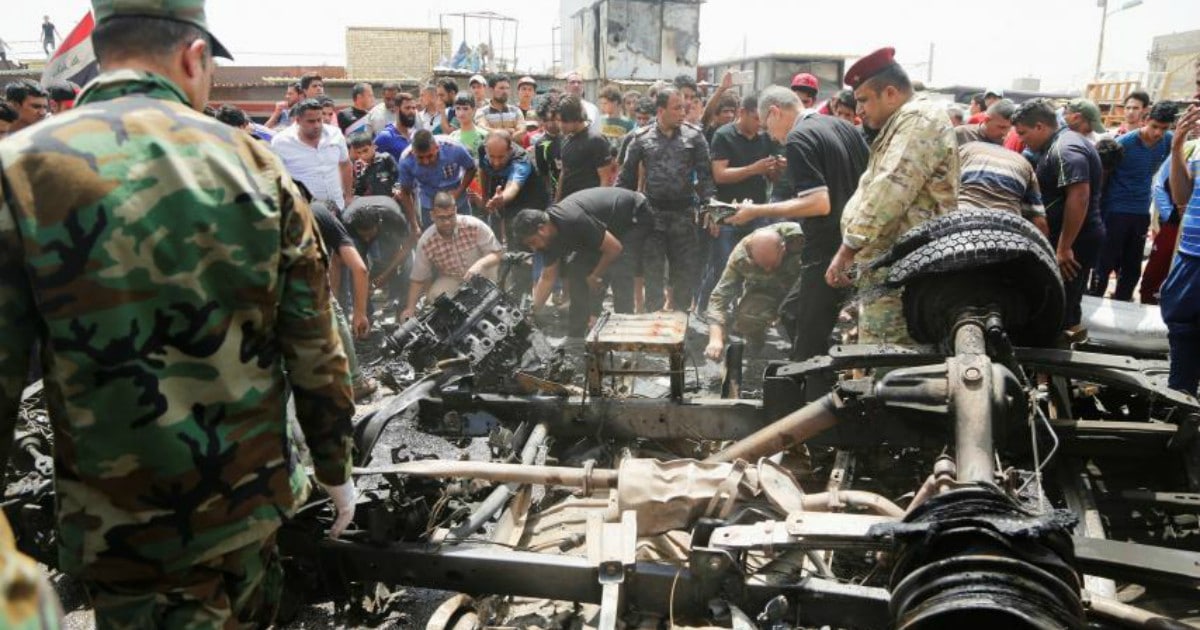 ISIS terrorists are losing the battle with the West. And we have the strangest evidence.

Let’s talk Survival – if a creature, organization, or business is constantly changing strategies, it’s a sure sign of one thing: they’re struggling to stay alive. Otherwise they’d keep to the same plan of action.

ISIS has been on the run from Mosul. It’s been destroying mosques, a sure sign it doesn’t plan on returning. It’s been dressing up its fighters as women to escape.

And now we have one more to add to the list – it’s been putting guns on top of cars.

Or, more specifically, putting gunners on top of car bombs. Because otherwise, the bombs never reach their target. Which means, if you think about it, that ISIS now needs twice the amount of terrorist to do the same amount of work.

The Islamic State group’s latest innovation is a bit stranger than some of their others — but still effective. As the terror group loses ground, it is increasingly turning towards vehicle borne improvised explosive devices, with limited success.

Now, it appears that the terror group is modifying their VBIEDs somewhat to ensure they reach their target. They are adding a gunner to the vehicles.

Mind you, putting a gunner on top of a car looks like a much more threatening gesture than it really is.

On the surface, of course, it looks like ISIS is on the offensive. But the fact is this: the more ISIS fighters there are, the more bombs can be set off. Which means they don’t want to waste terrorists, if they don’t have to.

Well, they have to. It’s gotten too easy to destroy a car bomb with just the driver inside.

Think of it this way – let’s say you’re a businessman. If your price per unit suddenly doubled, how long do you think you’d stay in business?

I realize that ISIS fighters dressing as women and fleeing Mosul seems like a bigger deal than a gunner on top of a car. But as far as ‘evidence that ISIS is failing’ goes, it’s pretty clear – the car gunner is bigger news.