Time and again we find stories that prove how corrupt and incompetent our government is.

After serving in the Environmental Protection Agency for years, I can tell you that the bureaucracy that runs our government is very broken.

Our government is controlled by outdated and nonsensical rules and policies. Layers of red tape frustrate what should be simple processes.

Worse yet, some of the most important systems in our society are led by utterly stupid, lazy, and downright dishonest people.

While most of us will experience this broken system occasionally, there are Americans who suffer quite a bit from it.


And even a hardworking father who cannot earn the tax refund he deserves because of this broken system.

Such is the case of Adam Ronning, who has not been able to get his refund for years. The reason? Oh, the IRS claims he’s dead. 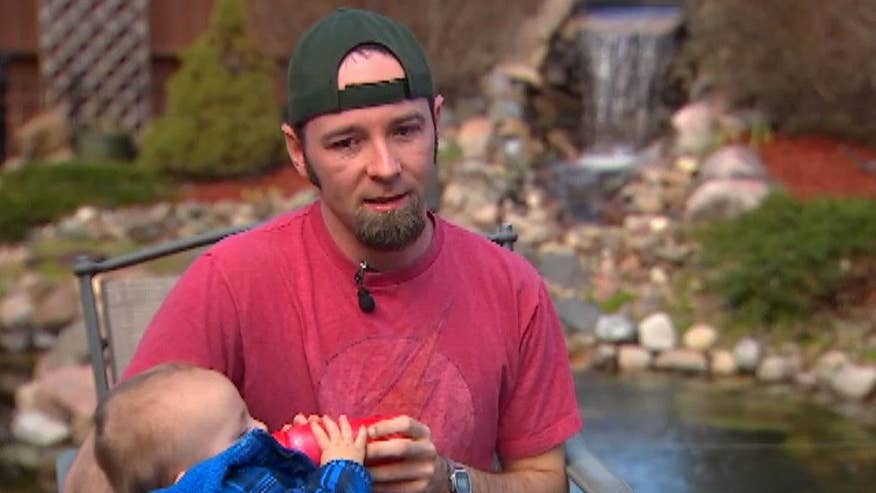 Thirty-three-year-old Adam Ronning is a busy husband, father and panel technician who, like many Minnesotans, has taxes withheld from his bi-weekly paycheck.

But the way the IRS sees it Ronning has been dead for 29 years.

The error is one Ronning’s mother fought to correct when her son was four.

“They blamed a computer glitch but it has been ‘glitching’ ever since,” Linda Picard-Millette said…

Forced to pick up where his mother left off Ronning has been sent on an endless cycle between the IRS and social security.

“I’ve spent hours on the phone with the IRS, on hold, and waiting for someone, trying to speak to supervisors but they always point the finger at social security,” he sighed, “Social Security says that I’m fine.  I’ve had three new social security cards now… I wouldn’t get a new card if I wasn’t around.”

The Department of Treasury even sent Ronning a letter that acknowledges he is indeed alive.

Nevertheless, over the last five years the father of two, with another one the way, says things have actually gotten worse.

“Instead of getting half my refund now I get none of it,” Ronning said of why he now suspects the IRS owes him big. None of us like dealing with government agencies like the DMV or IRS, but imagine having to suffer because of a mistake made almost thirty years ago!

Instead of clearing up the error way back then, it still pops up causing problems for this very much alive American.

You might be asking yourself, how can the government keep making this mistake? Trust me when I say, at this point, it’s not a mistake. The IRS is deliberately allowing this problem so it doesn’t have to pay him his refund.

What other conclusion can you make? The Social Security has issued him new cards, the DoT acknowledged that he was alive. Even back in the 80’s they knew it was just a glitch. Yet the IRS refuses to help him.

They allow these kinds of problems to persist so they don’t have to do their job.

The government loves to take your money and spend it on themselves, but they don’t really want to give it back to you — even if you deserve it.

“Glitches” like this happen all the time, frustrating and robbing honest Americans of their hard-earned money.

Then politicians wonder why we elect people like Donald Trump.

It’s high time that this rogue agency pays for their many sins. The IRS needs serious reform; it can no longer cheat Americans and punish honest, hard-working people.

Perhaps we’ll be better off if the IRS was just shut down. I know Ronning would be.