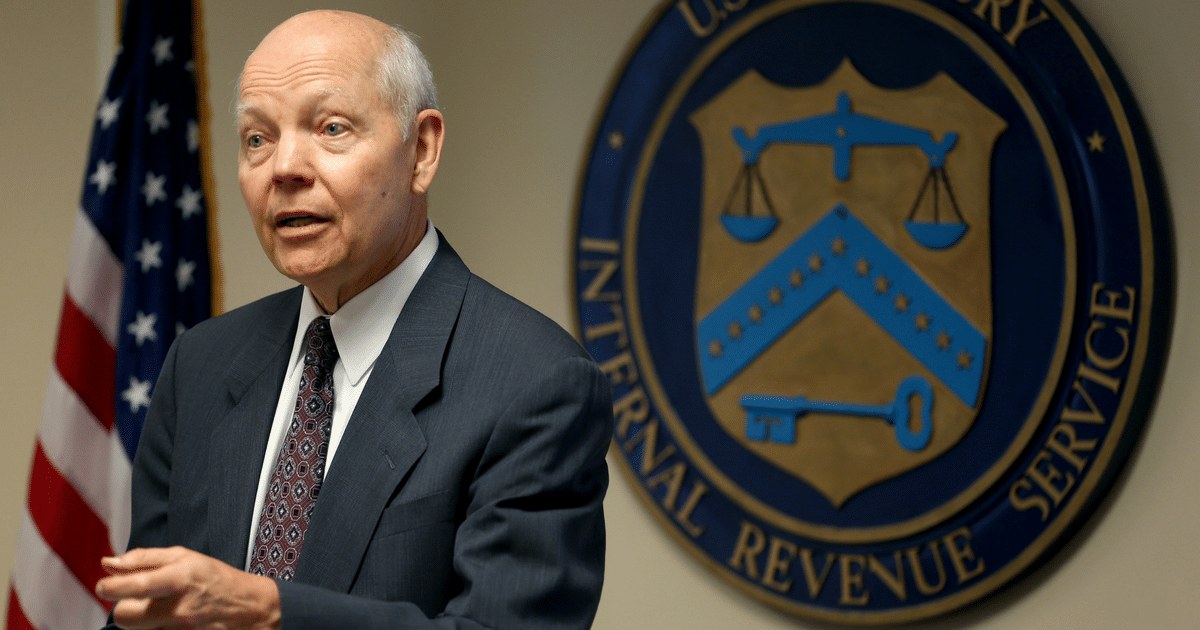 When President Donald Trump was out on the campaign trail, he hit a number of notes that really resonated with American voters.

One of them as his pledge to ‘drain the swamp,’ which is unfortunately a necessity that’s far more than just a political talking point.

For far too long, business in our nation’s capital has been bogged down with bickering, inefficiency, and a mind-numbing lack of marked progress.

Trump was able to see through the muck and come up with a solution: we may not be able to change the game, but we can certainly change the players.

It’s taking some time now that he’s in the Oval Office, but you can rest assured that he’s doing what he can to live up to his pledge to the American voters.

President Trump made it official on Thursday that embattled IRS Commissioner John Koskinen will be out of a job next month.

Koskinen’s term ends on Nov. 12. He was eligible for reappointment, but Koskinen is fiercely opposed by congressional Republicans.

The agency is just one of the many in Washington DC that wields its power in haphazard fashion.

Cleaning it up has been a pipe dream for voters for quite some time. The dream is turning to a reality now that there’s a new sheriff in town.

Prior to Koskinen’s tenure, Lerner was accused targeting conservative groups who applied for non-profit status. Koskinen was accused of stonewalling congressional investigators looking into Lerner’s activities as well as of covering up for the Obama administration.

Trump had faced pressure from many Republicans to fire Koskinen, who was appointed to head the IRS by President Obama in 2013.

While it’s easy to look past this as a simple administrative move that’s common whenever there’s a new executive branch in charge, there’s a lot more to see here.

It’s the latest sign that the days of the federal officials that have been entrenched in the proverbial swamp are coming to a close.

While sweeping changes to drain the swamp at once sounds great, the reality is that it would be quite disruptive.

Instead, it’ll take some time to have each and every agency addressed on an individual basis.

This was one of the larger items on the to-do list, and we’ll patiently wait for even more to be checked off as the Trump administration moves forward.