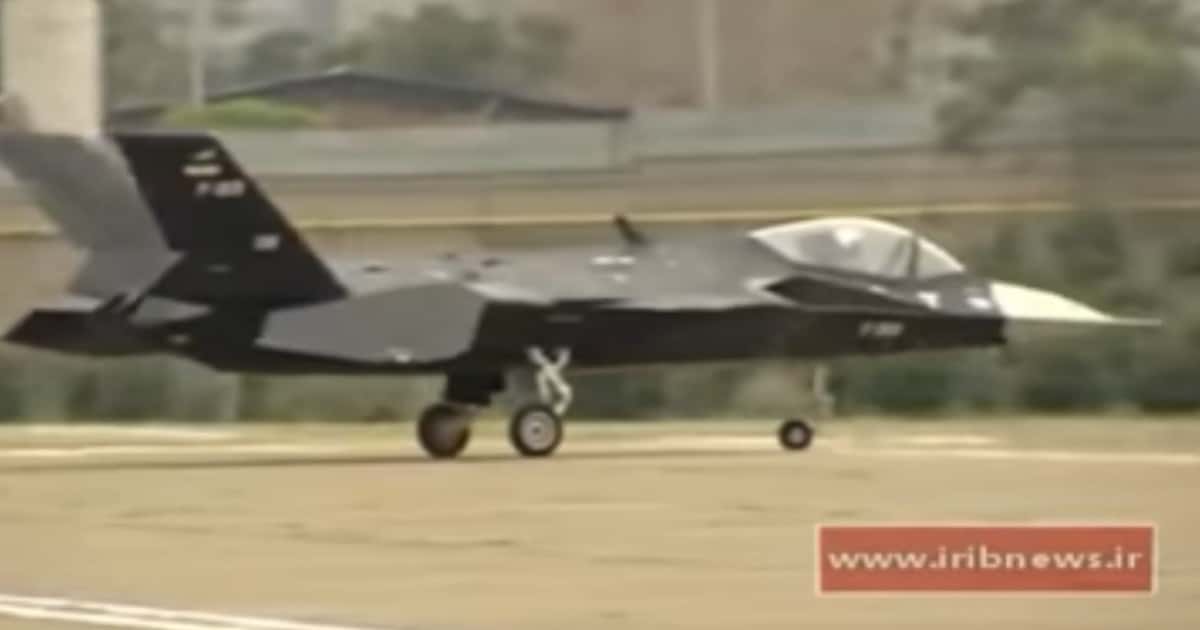 In this day and age, technology advances at a break-neck pace.

It almost seems like every day we are learning about major breakthroughs, innovations that will transform the way we live and work.

This amazing development in technology has not only improved millions of lives, but has also improved the effectiveness of modern weaponry. Warfare in this era has advanced tremendously thanks to computer technology, satellite arrays, and sophisticated communication devices.

But it’s not just the United States that is benefitting from military technology. Countries around the world are developing modern tech to improve their fighting capabilities. And, as is often the case, they like to flaunt their latest developments for the world to see.

However, not everyone has the best technology and would do well not to show off their gear. This is especially true for rogue nation Iran.

Iran recently released a video showcasing the prowess of its stealth fighter jet, the Qaher F-313, but many experts saw several problems that could stand in the way of the jet’s ability to fly.

A description of the video, which was uploaded to YouTube earlier this month, said President Hassan Rouhani participated in an exhibition that displayed the achievements of the Defense Ministry of Iran.

Interestingly, the video did not show the jet flying, which is probably the first clue that things might not be on the up and up.

Among the experts’ questions regarding the jet:

Some of the other problems they pointed out were the shockingly low air pressure on the tires, the shape of the wings, and the vertical fins.

Stealth planes have to be designed in a very deliberate way, in order to avoid detection by radar. Such marvels as the Stealth Bomber have expertly crafted designs that repel radar, making it virtually invisible to such technology.

Yet Iran’s new boondoogle is clearly not designed by anyone who understands stealth technology. Experts are questioning whether the thing can even get up into the air.

I think if I pilot can’t even get in, that’s a big problem.

This is the same nation that is promising to destroy the United States and our allies around the world, a nation that is frequently making signs of aggression to our forces in the Middle East. They are diligently trying to acquire a nuclear weapon.

And yet their engineers can’t design a working plane?

I think they should avoid the nukes for their own safety’s sake, don’t you?