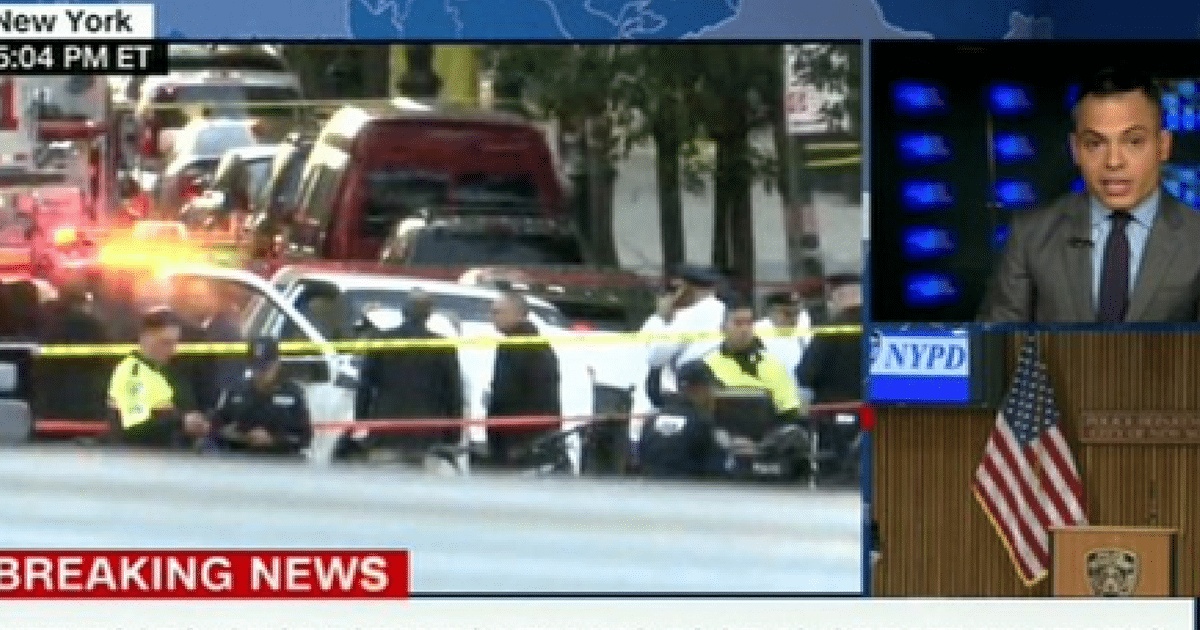 I’ve been over and over this ground already, but it’s worth saying one more time: CNN is Fake News.

We can recap, if you wish. There’s CNN’s cringeworthy coverage of Hurricane Harvey. There’s CNN’s incredible lack of knowledge regarding basic Christian customs. There’s CNN…well, just being CNN, in an endless quest to pursue ratings, without any regard for the truth.

Of course, it wouldn’t be CNN if they didn’t hit rock bottom…and then ask for a shovel.

Of course, CNN. Because the American public doesn’t know what ‘Allahu Akbar’ means, or what it implies.

I guarantee you not one witness said "He was yelling 'God is Great' in Arabic."@CNN you are #FakeNews pic.twitter.com/8FXY5wVmgj

CNN: Suspect Was Yelling God Is Great In Arabic.
NO, He Was Yelling "Allah Akbar".
Hey @CNN, This Is NOT An Apple, It's A Freaking Banana🍌 pic.twitter.com/DORESXcdZO

Wonder what “God is Great” translates to in Arabic???
Come on @CNN pic.twitter.com/80zBqTH1uR

Fake News CNN has banned & refuses to use the term "Allahu Akbar" but instead will only say, "God is great in Arabic" …unreal!
Manhattan

So “Allahu Akbar” gets a secular makeover !!@CNN reports – Suspect was yelling “God Is Great” in Arabic !!#manhattanterrorattack pic.twitter.com/7GFFcDj38w

The list goes on…and on. People are furious about this.

And right they should be. Because CNN’s headline is an insult to their intelligence, and deliberately obscures one thing the liberal left would desperately like to go away: that the NYC attacker is a radical Muslim terrorist.

Which is the one thing that lib groups like CNN pretend don’t exist.

The truly insidious part about CNN’s reporting is that they can claim that they’re not Fake News because – wait for it – what they reported was technically true.

And it was. ‘Allahu Akbar’ does mean ‘God is Great’ in Arabic.

But – and this is very important – ‘technically correct’ usually means ‘generally incorrect and false’ when it comes to reporting.

But was he listening in on Trump as Trump ran for president? Yes. Unequivocally, yes. Donald Trump’s ‘wiretapping’ accusation was technically incorrect, but generally correct.

And if you wanted to ignore the reality of the situation, you’d probably focus on the technicalities. Just like CNN is doing.

Because, what better way to avoid the question of a radical Muslim terrorist than to technically report correctly on the issue, but in such a way as to make people not think of terrorism?

And a majority of conservative Americans just aren’t buying it.

Source: A Lot of Angry Conservatives