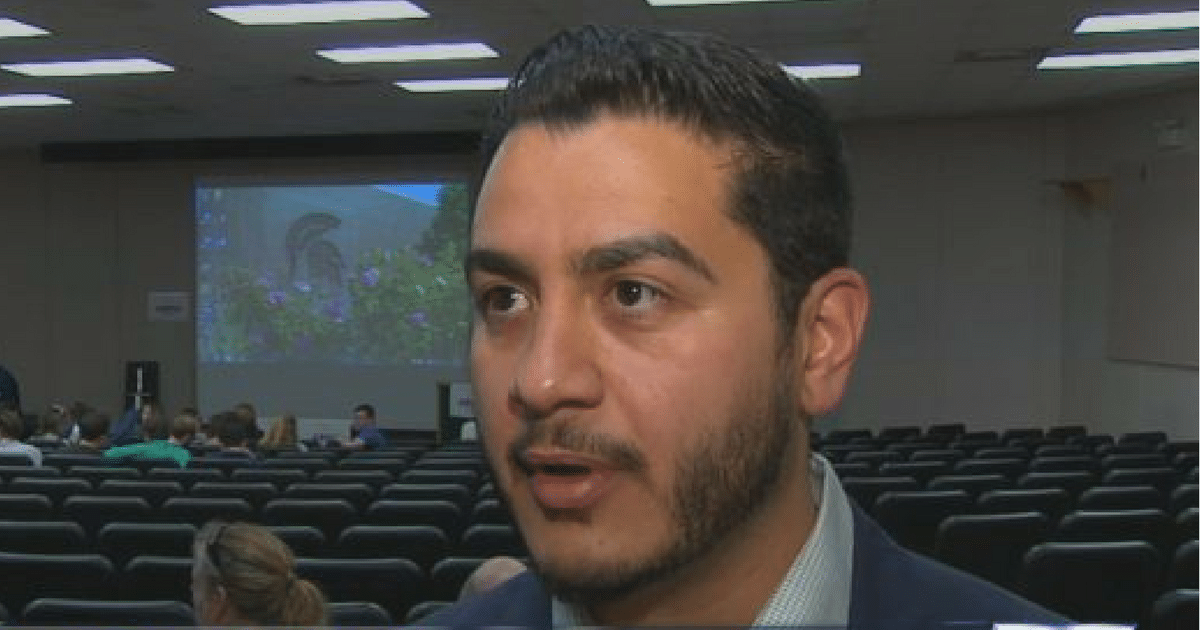 Liberals seem to be trying to destroy America. For years we’ve been warned about the dangers of radical Islam, only for the left to shout us down as “Islamophobic.”

They want us to be so afraid to question people’s beliefs, that dangerous individuals can gain prominence in our society.

So when a Muslim man started getting attention as a candidate for governor, liberals hoped we wouldn’t discover his sinister past. But it came out anyway.

When a brilliant young physician announced his campaign to become America’s first Muslim governor, Democrats dubbed him “the new Obama” and raised over $1 million to get him elected.

However, shortly after he started gaining popularity as a “moderate” choice, a sinister secret regarding his disturbing plans surfaced…

Despite the media putting out puff piece after puff piece, painting El-Sayed as a kind, compassionate, freedom-loving American, his disturbing past that groomed him as a future leader has been revealed.

According to PJ Media, El-Sayed was vice-president of the Muslim Brotherhood front-group Muslim Students Association (MSA) during his time at the University of Michigan.

The MSA is confirmed to have been established in the U.S. as an organization dedicated to overthrowing the Constitution and establishing Sharia law by using Muslim affiliates to infiltrate the branches of U.S. government…

Disturbingly, several sources allege that El-Sayed’s campaign is funded by billionaire globalist George Soros and that he is being groomed to eventually become President of the United States.

Of course, it certainly doesn’t help El-Sayed’s case considering that he received a Paul and Daisy Soros Fellowship in med school in 2012 or that he dodges questions about his involvement with the Soros family by simply stating that he’s “never met George Soros.”

It appears Abdul El-Sayed’s father-in-law is a board member on CAIR, the institution that regularly works to overthrow our laws. He is also close allies with hated activist Linda Sarsour, who supports Sharia law and defends terrorists.

That’s some pretty bad news. For the left to throw so much weight behind a man with a sketchy past, it shows how out-of-touch they are. It also shows how desperate they are, if they are backing a man that simply cannot win.

Most Americans wouldn’t like supporting a man with ties to the Muslim Brotherhood, a terrorist organization that supports the overthrow of the government. There is enough evidence to suggest El-Sayed would implement Sharia law policies in the state of Michigan, a direct violate of our laws and way of life.

How did things get this bad? It’s because the left has been allowed to run rampant. They are not held accountable for the terrible decisions they make.

It’s time they are rejected completely.