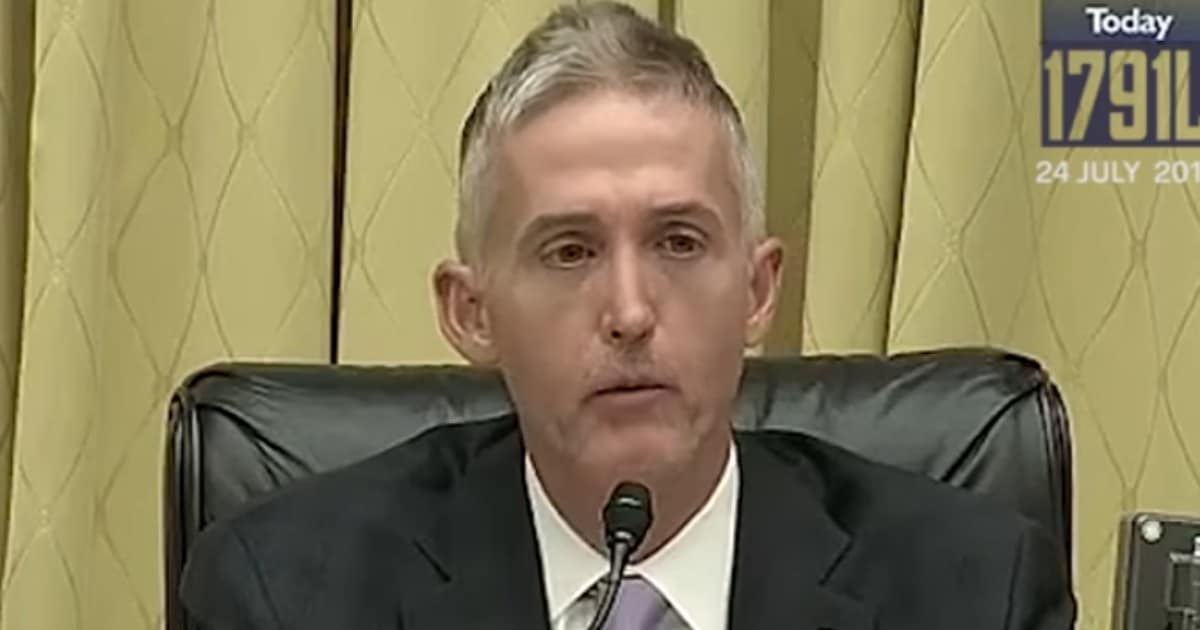 Despite what the left says, illegal immigration is a danger to our society.

But instead of confronting this issue, there are liberals who want to grant citizenship to all known aliens in our country.

Is this a good idea? Of course not. And Rep Trey Gowdy explains quite clearly why.

Once again, Trey Gowdy proves that having him on our side is going to help win the fight on illegal immigration…

This liberal US Immigration official is arguing that the 12 million illegal immigrants should have a clear path to citizenship in this country. Rep. Gowdy shuts her down instantly and expertly…

The problem with the left is that they think that every illegal immigrant is attempting to escape the poverty of Mexico. That’s not true at all. Illegal immigration costs the United States hundreds of billions of dollars every single year.

It bring in drug trafficking and crime. To say that every illegal in the US is here for a benevolent reason is pure ignorance. This is what Gowdy is attempting to get through here.

The toxic situation we had under Obama allowed untold numbers of aliens to flood the United States. Not all of them were simply people looking for a better life.

Yet liberals want to ignore this reality, hoping illegals who make it into the U.S. will support their party. Pathetic.

Thankfully we have leaders in Washington, like Gowdy, who know better. They will stand up to entitled liberals with facts and knowledge. They will not stop until they ensure American citizens come first and are safe.