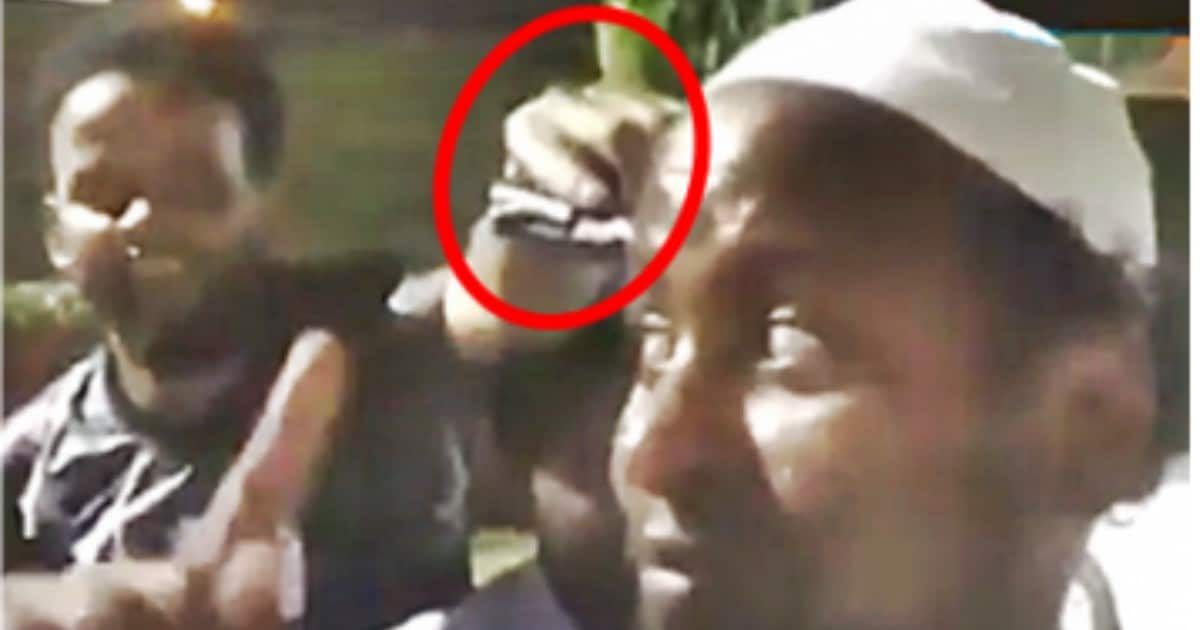 If we are to stomp out radical, Islamic terrorism, we must confront it at the source.

That means compelling Muslim leaders to reject any form of violence and hate that exists in their communities.

But that is proving harder than it seems. For even when an imam preaches peace, it seems he is treated with a very cold reception.

While giving a lecture at a Memphis mosque, a Muslim imam began preaching that Islam means “peace” toward the infidels.

However, as soon as he headed for the parking lot after his sermon, he realized what happens when you try to speak against the violent fundamentals of Islam before a congregation of devout worshipers…

Local outlet Fox-13 reports that when Haji was leaving after invoking peace in the mosque, a group of Somali Muslims confronted him about his un-Islamic sermon and put a gun to his head.

Incredibly, the only thing that saved Haji from possible murder was when he informed the Muslims that he was recording them on Facebook Live and that there was no way to delete their identities.

The terrifying ordeal was motivated by the congregants “disagreeing with his views,” which includes his call for coexistence with the non-Muslim community, as it directly contradicts the Quran.

Before you can say this was simply an isolated incident, it turns out that the mosque itself wasn’t happy about this preacher of peace. They released this statement about him:

“From what we know, the man in the video is an internet-famed pseudo-scholar. Additionally, due to his internet fame, this was a prank.”

“We are ashamed that he would abuse our place of worship for his quest for fame and by the gun incident that happened by a member of the group that was with him.”

Apparently this imam, who was preaching peace with non-Muslims, is being insulted and rejected by the very mosque in which he spoke. Not a good sign.

It’s imperative that radical Islam, and every form of extremism, is driven from peaceful society. We cannot live safely alongside Muslim neighbors that hate us and want us dead. But can peaceful Muslims, men and women who prove they can get along with non-Muslims, transform their communities?

Is it possible for Islam to be reformed, so that those things that create jihadists and terrorists are gone forever?

That might be the hope of some, but this incident proves it’s not going to be easy.

The uncomfortable truth is that the Koran calls for war against non-Muslims. Many followers of the religion around the world hold to that belief. It will take more than just one “pseudo-scholar” to turn all that around.

Until then, we must continue to protect our people.