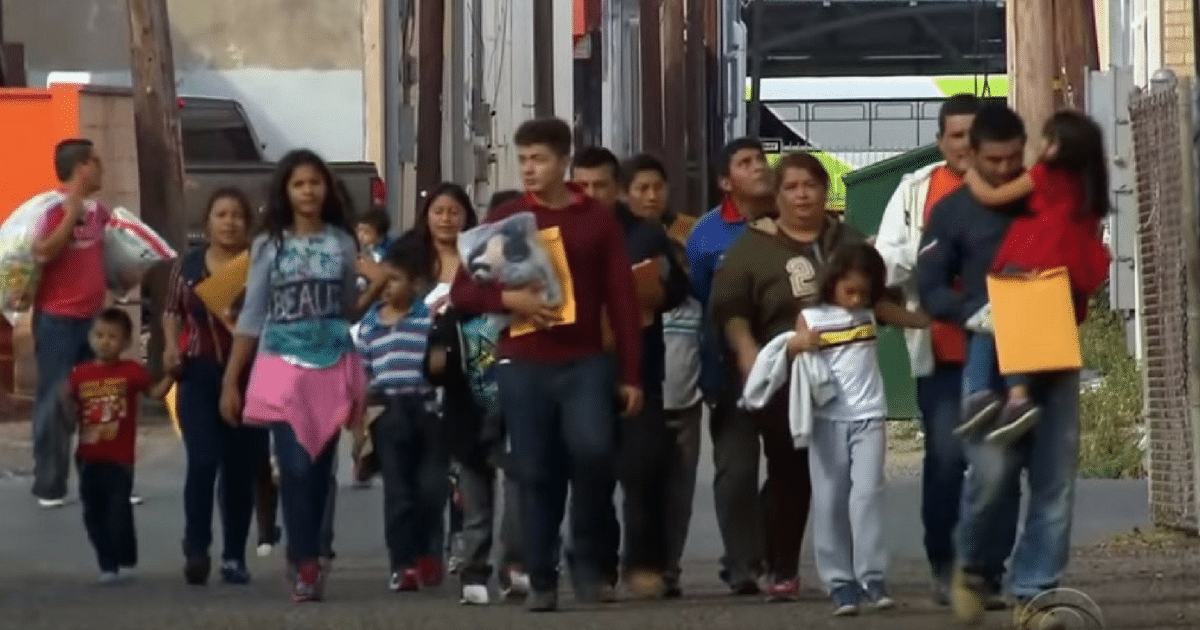 Usually, it’s the idiot and/or ‘compassionate’ policies of the Left that make money problems for the United States. But not this time.

Liberals gain power by assuming that people are helpless. Then they just assume that money will make the problem go away. It’s the root of most Big Government dysfunction, and it’s why they offer so much free stuff.

A lot of that ‘free stuff’ has been the cause of illegal immigration. But it turns out there’s one, much bigger cause we missed:

NAFTA. The trade agreement is behind illegal immigration – no joke.

And since it’s being renegotiated, the problem might get worse.

A push by the Trump administration to boost agricultural exports under the North American Free Trade Agreement could unintentionally increase illegal immigration from Mexico to the U.S.

Before NAFTA was implemented in 1994, then Attorney General Janet Reno said, “NAFTA is our best hope for reducing illegal immigration, in the long haul.”

However, the deal allowed American agricultural goods, specifically corn, to flood Mexico at cheap prices, which hurt farmers’ business and pushed them north to the U.S.

In short, America’s illegal immigration problem can be traced, in part, right back to something we all thought was going to be great for American farmers – a deal that made them a whole lot of money.

But, of course, you can’t just make the market do what you want. Even beginner economists know that.

And, as US farmers sold all their crops to Mexico for cheap, Mexican farmers lost their jobs…and started coming to America to work. Which, given the situation we have now, is the height of irony.

Who knew, after all, that we’d actually create illegal immigrants by flooding Mexico with cheaply produced goods.

NAFTA, mind you, is being renegotiated, just like Trump promised.

The problem is this: if the new deal is even better for American farmers…will we have more illegal immigrants?

And a few experts are saying ‘yes’ loud and clear.

Laura Carlsen, a Mexican journalist, told The Daily Caller that [the new deal] “will make the situation worse.

“After more than two decades of NAFTA, there’s no question… Right now, we have zero net migration from Mexico to the United States. But if more Mexican farmers are displaced by subsidized US imports, that will change.”

Better for farmers, worse for ICE. That seems to be the deal.