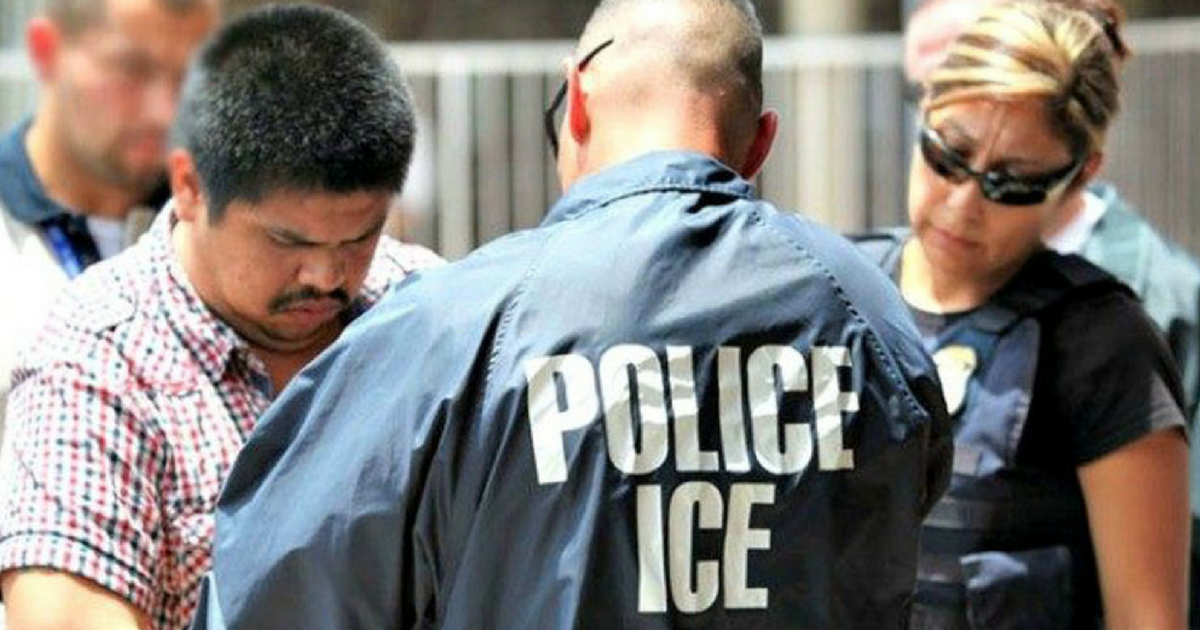 For every reasonable cause in America, there is a liberal activist group that works against it.

Yes, it’s sad that people hate their own countries enough to want to come to America. But America has the right to set rules about how they come here. Crossing the border illegally does not give you the right to stay. But these activist groups work overtime to protect people who are basically criminals.

They enlist the aid of lawyers, who try to find loopholes that can protect people from deportation. They also start lengthy and tedious lawsuits, in the hopes of slowing or stopping the justice system.

Their latest scheme has law enforcement agents and many individuals laughing. It’s the height of nonsense and arrogance.

One group based in the Boston area, called “CASA” has actually demanded that ICE tell them ahead of time that they are about to apprehend illegals! Imagine that: a group of criminals wants advanced notice that law enforcement is coming to get them.

That’s like telling organized crime, “Oh hey, Mafia? Yeah, this is the FBI. We are going to raid your headquarters tomorrow at 2 PM. So make sure all that evidence of criminal activity is gone and that you’ll be far, far away. So we can’t arrest you.”

That’s exactly what these “advocacy” groups are demanding. Because their ultimate goal is to protect people who came here illegally and have no proper status in our society. Yet they want to enjoy all the benefits of American citizens.

Specifically, they demand that ICE share with them their plans for enforcement. In addition to this, they want to know when enforcement is going to take place in their community. Obviously, that’s so illegals can be long gone before the ICE show up.

Maybe we should also tell ISIS when we attack. Or let North Korea know exactly what plans we have for them. Makes sense!

WJZ News reported that a group called “CASA” told Immigration and Customs Enforcement in Boston that officials need to show their enforcement plans to the very people who are breaking the law… and hilariously, the group is also demanding that ICE let lawbreakers know ahead of time before any enforcement takes place.

“We’re demanding that ICE show us our papers as community members and really document that they’re not going to be doing these violations against our community,” declared Lydia Walther-Rodriguez, an illegal immigration activist.

“The group is demanding that ICE be transparent about any policy changes that impact the immigrant community. They also want to know if any mass deportations are on the horizon,” reported WJZ.

Those demands would be hilarious in any other context. “Car thieves want two-hour head start” and “home invaders demand written notice of security systems” might be equally plausible headlines…

“The backlash comes after the leak of an internal DHS memo revealed that nationwide raids targeting 8,400 undocumented immigrants were planned for later this month,” explained WJZ News.

Yeah, they should be scared. They are here illegally. It’s not as if we don’t have an immigration system in place that they should follow. It may not be perfect (and can use some improvement), but the United States has the right to protect its borders and its people.

How can these activist groups really justify protecting illegals over American citizens? There are millions of American suffering due to lack of opportunity and education. Yet these groups want to put illegal aliens ahead of Americans, to get good jobs, nice homes, and benefits from the government.

And now they want to know ahead of time when ICE comes a’knocking.

That’s simply a bridge too far, folks. But nice try.