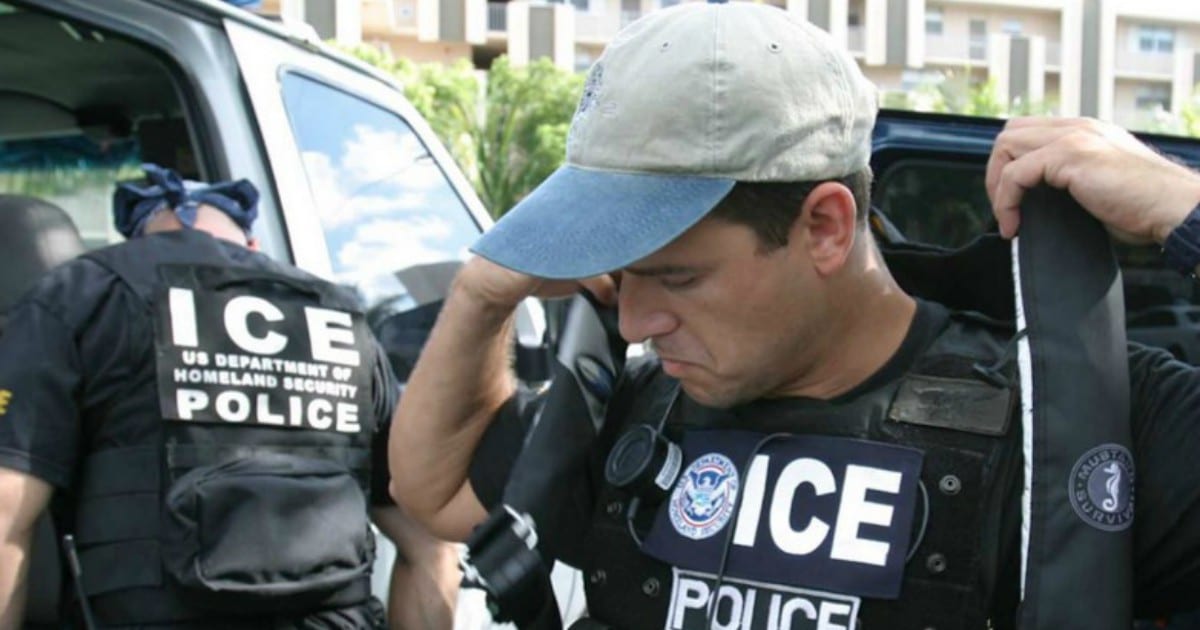 The typical liberal lie is this: Immigration and Customs Enforcement, under Trump, is going after all the poor people in the US, and shipping them off to countries they haven’t seen in decades.

They aren’t catching anyone dangerous. They’re deporting pastors, family men, and children, and leaving behind the evil men that are harder to apprehend.

It’s a good story, and it catches libs every time. But it doesn’t pan out.

After all, if ICE were just going after non-dangerous Latino family men, there’s no reason they’d be involved in one of the largest series of mass arrests in history.

Mass arrests, mind you, of American white supremacists – all dangerous, all armed, and all thugs and killers. Not docile, not family men, and not Latino. Exactly the opposite of what the Left says.

Good luck getting any of them to admit they were wrong.

On Thursday, Immigration and Customs Enforcement announced it had completed the largest prosecution of white supremacists in the nation’s history.

Eighty-nine members of “violent white supremacist gangs” were convicted, with convicts receiving a total of more than 1,070 years in prison. The gangs — the Aryan Circle, Aryan Brotherhood of Texas, the “Irish Mob,” the “White Knights,” “Peckerwood,” and the “Dirty White Boys” — lost several high-ranking members as a result of the prosecution.

If you’re wondering why Immigration and Customs would be interested in a bunch of white supremacists, it all has to do with ‘customs.’ And drugs. Lots and lots of drugs. And guns. Because most white supremacist gangs have just one business model: grow weed, cook meth, sell them both, and buy guns. And sell those.

And that’s a whole lot of illegal material crossing the border.

Particularly noteworthy is that collectively, the defendants were held accountable for 956 kilograms (about 2,108 pounds) of methamphetamine, with a conservative street value of just under $10 million, as well as possessing and using 88 firearms and dangerous weapons.

It’s honestly difficult to describe just how dangerous these gangs are. Think of a mini-cartel, with the added bonus of wanting to kill anyone of a different color than you. All of the violence of a drug cartel, with more violence on top.

And Trump’s ICE just arrested nearly 100 of them…right before Charlottesville. One of the biggest blows against racism in recent history, and no one noticed it.