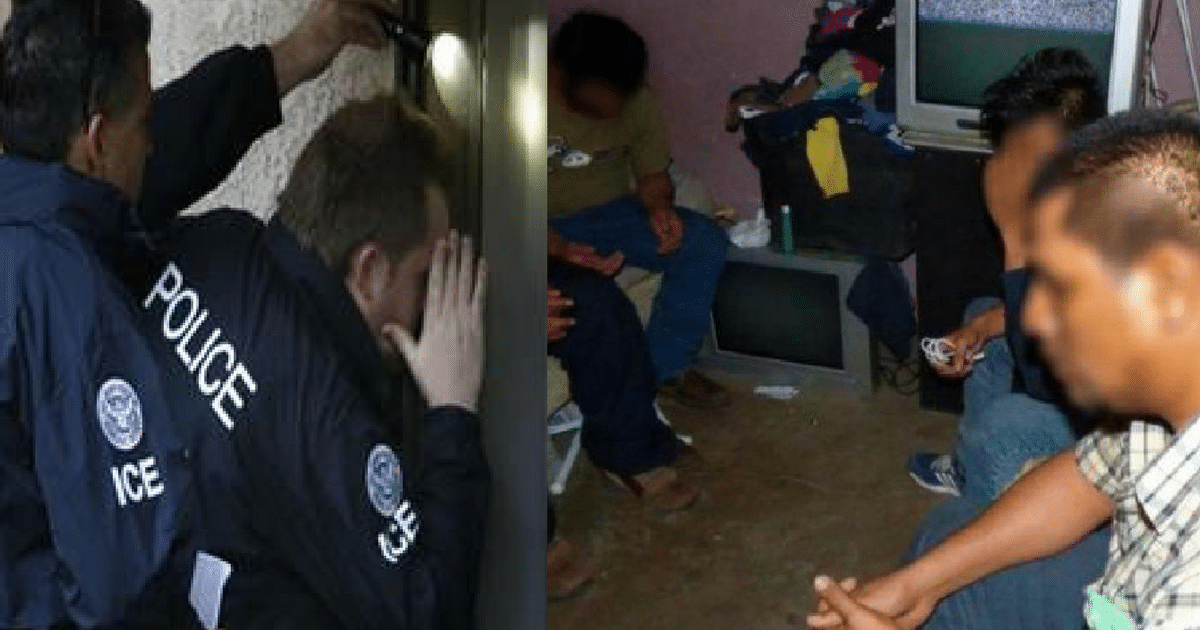 It’s almost insane to think that there are American citizens helping illegal immigrants.

Despite the overwhelming evidence that proves how much damage they cause, empty-headed liberals continue to violate federal law. They protect illegal aliens, putting themselves in jeopardy, just to send a message.

While we know all about sanctuary cities, we are now learning about a new way un-patriotic Americans are protecting illegal’s. And it’s downright sacrilege.

In a 60 Minutes special report, more than 800 churches are acting as mini-sanctuary jurisdictions to hide illegal immigrants from Immigration and Customs Enforcement (ICE) agents.

ICE has a long-standing policy in which agents do not detain illegal immigrants at churches, making the facilities an ideal spot to avoid deportation orders.

Leave it to liberals to betray both Church and State to defend their broken policies. They are exploiting an old tradition in order to break U.S. law. Isn’t it the duty of all Godly Americans to follow the law? When you knowingly break it to support a system that abuses people, how is that Christian?

Illegal immigration not only hurts Americans, but subjects immigrants to sub-standard lives. They are less than second-class citizens; they aren’t citizens at all. But these hypocrites are using churches to hide these people from justice, allowing more to live in such terrible conditions.

ICE’s Deputy Director Daniel Ragsdale did not back down to his agency’s responsibility to enforce federal immigration law and protect Americans, despite  questioning from 60 Minute’s Scott Pelley.

If there are illegal’s hiding in churches, they are going to get found. President Trump has made it clear that law-breaking and dangerous aliens will be deported. You won’t be able to abuse religious people for much longer.