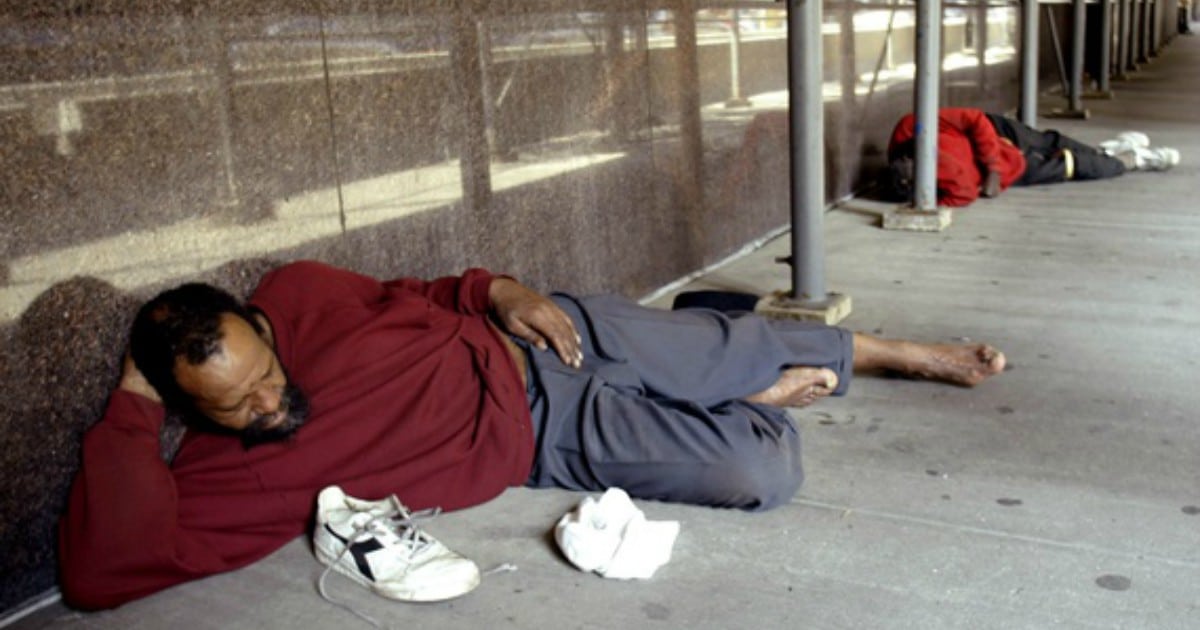 Homelessness is a painful but unavoidable reality.

Most people who struggle with homelessness are often drug or alcohol addicts. Though some are victims of domestic abuse.

While people try to reach out and help those in need, the problem persists. But in this one city, things are getting much, much worse.

According to the estimate taken in February, which is mandated by the U.S. Department of Housing and Urban Development, 3,892 people in the city were deemed unsheltered and on the streets in 2017–a spike from 2,794 last winter.

That number is the highest since the city started counting city homeless back in 2005 during Mayor Bloomberg’s tenure.

Although the number of homeless have been on the rise, the number of street homeless doubled for the first time since 2014, WNYC reported.  Additionally, The NY Post points out shelter homeless population is also at a peak high at around 60,000…

Mayor Bill de Blasio promised to reduce the number of homeless New Yorkers by shelling out $2 billion to build shelters and for services that can make more beds available by the end of the year.

As a former New Yorker myself, I can attest to the shocking number of people who live out on the streets. The problem is complex, but it stems from people with deeply-rooted mental problems, unable to live a normal life.

That’s not to mention the many whose drug addictions drove them to homelessness. Or the families who are fleeing an abusive spouse.

The bottom line is there is no single, perfect solution to the problem. There are numerous programs, mainly charities run by ministries and organizations, that help put these people back on their feet.

The very worst thing to do is spend copious amounts of cash just to slap a band-aid on the situation.

But that’s just what dummy de Blasio aims to do. Spending $2 billion of New Yorker’s money just to provide a few more beds hardly addresses the problem. Sure, you’ll get a few more people off the street, but they are still without a home.

That’s liberal logic for you. Punish tax payers with bloated programs that don’t even come close to solving the problem.

Let’s hope the good people of New York, along with real charities and programs, can turn the tide. Cuz we know the government won’t.