I’m guessing you, like me, have grown so tired of the ‘Trump is Hitler’ bandwagon that you’ve tuned it out.

As soon as a liberal makes the comparison, I start to fall asleep. Honestly. It’s not simply that it’s not true – it’s getting boring.

It’s like listening to a washed-up comedian, and hoping that at some point he’ll have some new material, only to hear the same, tired jokes.

Also, I’m willing to bet half the liberals using this dumb comparison didn’t even know who Hitler was before they got hysterical over Trump.

Anyway, like I said, you’ve probably learned to tune it all out. But you’ll want to tune in again, just for a moment, because someone with some authority on this subject made waves two days ago.

And you will really, really want to hear what she has to say.

Andrews doesn’t mince words. “What is going on in this country is giving me chills. Trump is not like Hitler. Just because a leader wants order doesn’t mean they’re like a dictator.

What reminds me more of Hitler than anything else isn’t Trump, it’s the destruction of freedom of speech on the college campuses — the agendas fueled by the professors.

That’s how Hitler started, he pulled in the youth to miseducate them, to brainwash them, it’s happening today.”

If anyone’s forgotten, let me remind you – most college campuses are giant, festering cocoons of liberal ideology.

So if a college campus reminds a Hitler survivor of Hitler, well…do the math. Liberals, you’re being compared to Hitler. And this woman should know.

Andrews went on: “It saddens me that we are teaching garbage in the schools and in the college. We don’t teach history anymore. History repeats itself over and over.

The kids out there today haven’t ever lived through a war like I did. I remember sitting in a rock pile, cleaning rocks, to rebuild Germany. I remember eating maple leaves and grass to survive.”

Andrews is tough. None of the whiney liberal children on campus could possibly handle such an ordeal. 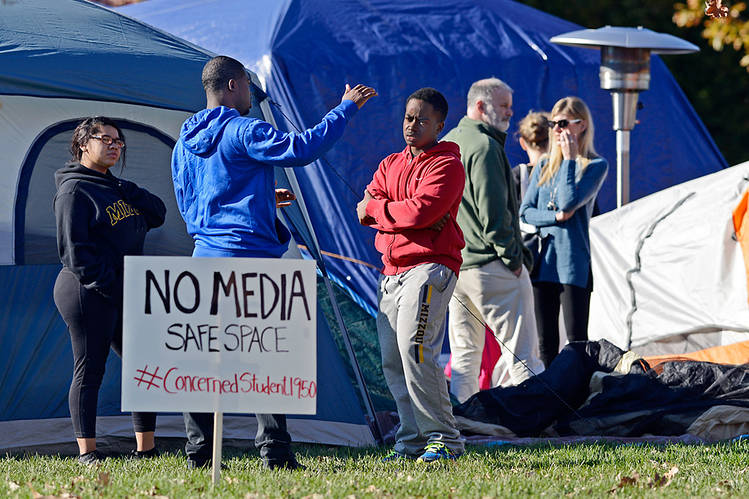 The irony of this whole situation is not simply that it’s the liberals who are more like Hitler.

It’s that the liberals who are most like Hitler are the ones on college campuses – in short, the people who should know better. They’re supposed to have all the knowledge, anyway.

Shouldn’t this be obvious to them? Perhaps not.