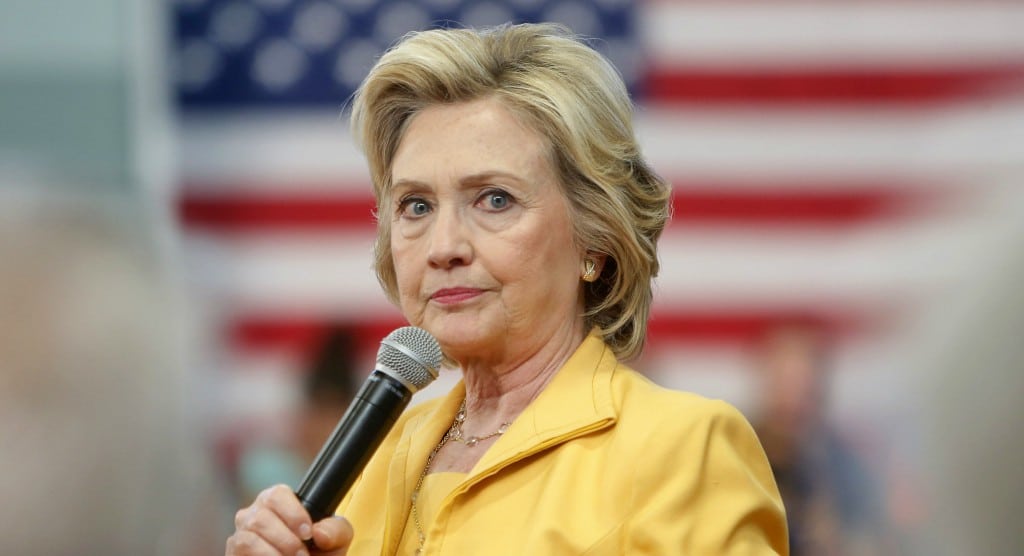 One of the biggest factors to Hillary Clinton losing the 2016 Presidential Election were the dubious sources of her income.

The much-maligned “Clinton Global Initiative,” part of the Clinton Foundation, was constantly criticized for taking large sums of money from foreign nations and banks, nations that later got favors from the Clinton-lead State Department.

Hillary and her husband frequently gave speeches to wealthy Wall Street organizations, banking companies, and foreign nations, to the tune of hundreds of thousands of dollars.

The real motive behind these meetings have always been questioned. Perhaps they were simply garnering support from countries they would later bend over for — once Hillary was president.

But now that that dream is dead and buried, Hillary is in need of a new source of cash. You’d think her millions in the bank would be enough for her and her family, but hey, money talks.

The love of it is also the root of all evil.

Prominent grandmother Hillary Clinton, a two-time failed candidate for president of the United States, is writing another book, and will embark on another paid speaking tour in 2017.

Publishing house Simon & Schuster announced Wednesday that Hillary’s forthcoming book will be comprised of personal essays “inspired by the hundred of quotations she has been collecting for decades.”

It will include “stories from her life,” up to and including the 2016 election, as well as “reflections on the future.” Sounds exhilarating…

In addition to writing the book, Hillary is also planning to embark on another paid speaking tour, and already has a few gigs lined up, according to the Associate Press.

She is also scheduled to give the commencement address at Wellesley College, her alma mater.

You have to wonder what these “speaking engagements” are really about. With Hillary and Bill effectively out of public office, they have very little to offer foreign interests in this money-laundering scheme.

So what will people get from hearing these has-beens?

Regarding the book, are people really eager to read other people’s quotes written down by Hillary?

While she still has die-hard fans among liberals and feminists, a book of quotes doesn’t sound like much of an appeal.

But you can be sure the publish will inflate sales to reach the New York Times Best-seller list, as they often do, in hopes of bamboozling buyers.

All I can say is, I have a new source of kindling.