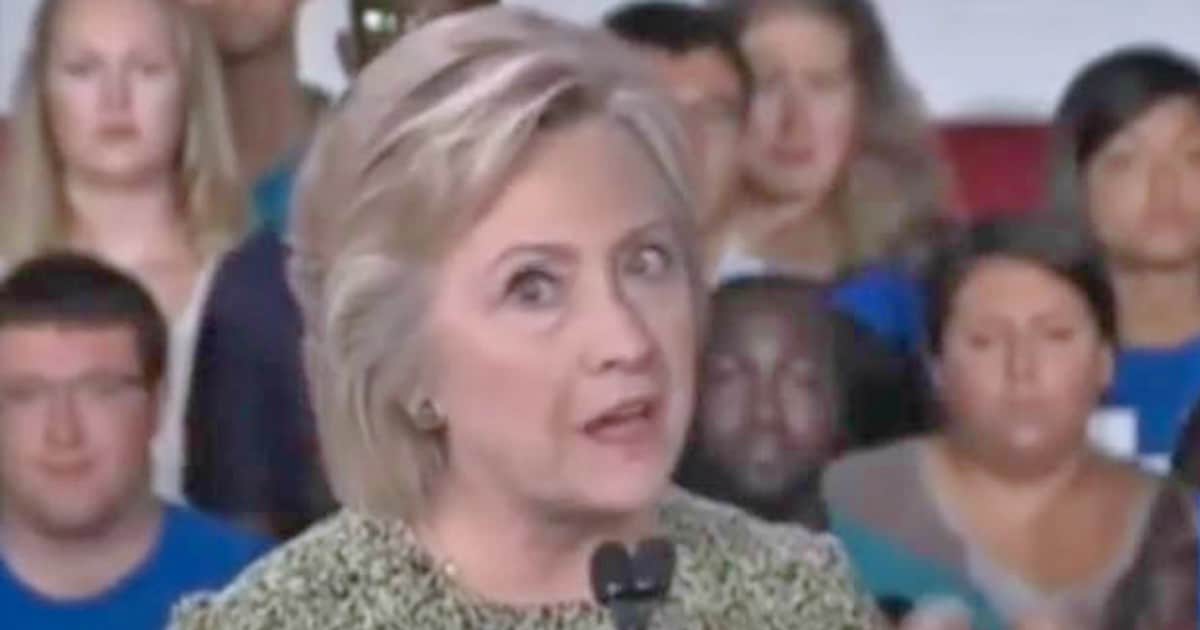 Slavery in America ended almost 150 years ago. Yet you might be surprised to learn that black people are still often exploited for free labor.

This is true of black inmates, who are forced to work for no wages. They are in effect, slaves.

And guess who used them to work at her mansion?

Still can't get over this part of Hillary Clinton's book. h/t @JeanetteJing pic.twitter.com/R7MMXoODEg

An excerpt from Hillary Clinton’s famous 1996 book “It Takes A Village” has been circulating online and courting controversy for its depiction of prison inmates working at the Arkansas governor’s mansion.

Posted by activist Jeanette Jing, the first-person passage describes how Clinton “enforced rules strictly and sent back to prison any inmate who broke a rule.”

The inmates, who Clinton said were typically “African American men in their thirties who had already served twelve to eighteen years of their sentences,” worked on the grounds without compensation…

These were the same people who called Donald Trump a racist during the election. Yet only now they are learning who the true racist is.

Isn’t that like liberals? To blame others of the very things they are guilty of. For years Clinton and the left have attacked conservatives, claiming we are discriminatory towards black people and minorities. Yet according to her own words, Hillary abused black inmates in order to get free labor.

The comments are indicative of Clinton’s tumultuous relationship with the African-African community and rhetoric that’s come across to many as racist.

This past election, the former presidential candidate came under fire by Black Lives Matter protesters for previously alluding to black youth as “superpredators” while advocating for the 1994 Violent Crime Control and Law Enforcement Bill, which is considered to have exacerbated mass incarceration by creating harsher prison sentencing.

What’s even more shocking is that some liberals are trying to excuse it. They claim it was simply the practice of the state and not Hillary’s fault. Sure, we’re buying that. There was no way Bill or Hillary could have stopped the practice—or at the very least paid those men who were working for them.

It’s this kind of double standard that is destroying the left. They crow on and on about equality, social justice, and opportunity for the oppressed. Yet in reality, they work to oppress more than anyone else.

I wonder how many people don’t know this about Hillary yet? I’m sure you know how to spread the word.