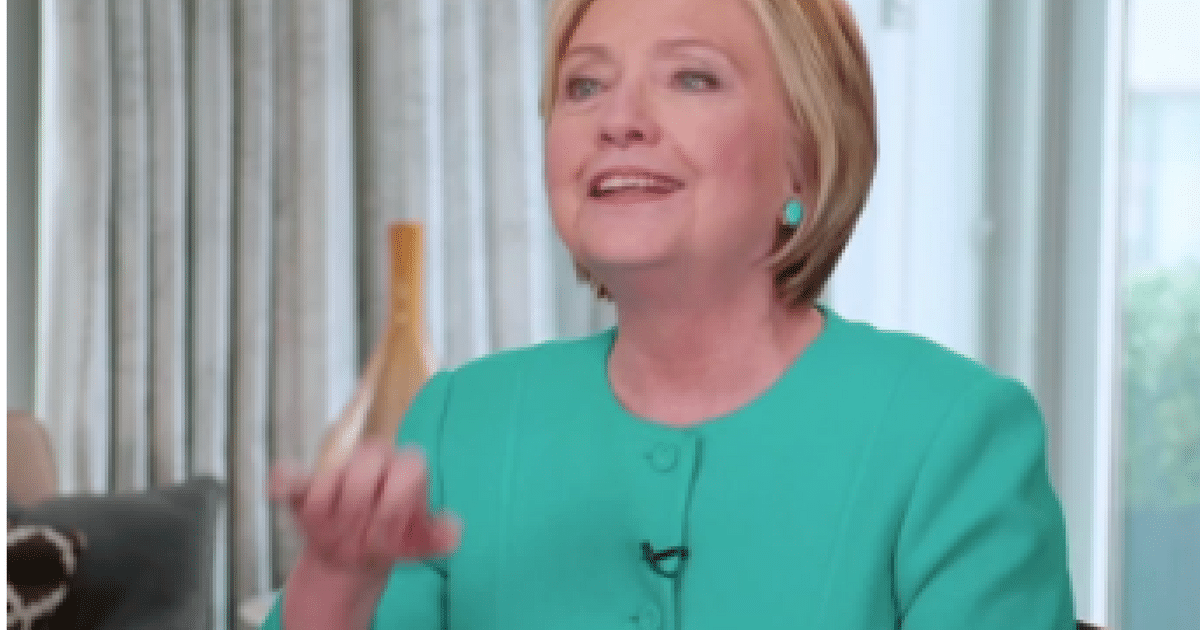 Until the past week or so, Hillary Clinton had been out of the news. And I couldn’t have been happier. But all good things must come to an end.

It’s a good thing that this end is, at least, completely hilarious.

Let’s recap: after avoiding the Feds, the law, and any further investigation into her emails despite multiple attempts by conservative and patriot lawyers, Hillary Clinton resurfaced in the news…and spent her next 15 minutes of fame insulting Bernie Sanders, and blaming everything on Trump.

It was the kind of ‘whine, blah blah, whine’ fest that makes people turn conservative. But it got even better.

Because then she showed the world how in-touch she is…by demonstrating how to breathe through your nose very, very carefully.

Sometimes, I simply don’t have the words to describe the idiocy of ‘what Democrats think is important.’

Hillary Clinton revealed how she coped with the initial shock of losing the 2016 Presidential Election to Anderson Cooper last night: alternative nostril breathing.

I’m not making this up. There’s video.

(You know how I can be sure that a story is funny? I can’t say ‘I’m not making this up,’ like I usually do, because someone else has already beaten me to the punch.)

Well, anyway…I’m not making this up, either. Alternative nostril breathing. Apparently, it’s an elite way to calm yourself down after a huge disappointment.

(Most of us common folk prefer the ‘suck it up and deal with it’ method.)

As you might have guessed, the internet predictably exploded with a veritable bevy of fantastic one-liners.

hillary would stop climate change with her yoga nostril breathing

@EvanDonovan Evan, This just happened…Hubby referring to Hillary's book & her breathing techniques said "I just blow out all my brains" DD

But for the more serious among us…well, can you take someone seriously when they’re demonstrating breathing through their nose as a serious, educated person’s pastime?

Because most of us learned that when we were six…minutes.

The fact that the Left takes this seriously demonstrates just how out of touch liberals are. They can complain about Trump saying, doing, and considering things that ‘no serious politician’ could ever do.

Then they turn around and insist that alternative nostril breathing is a perfectly normal, suburban Middle American activity.