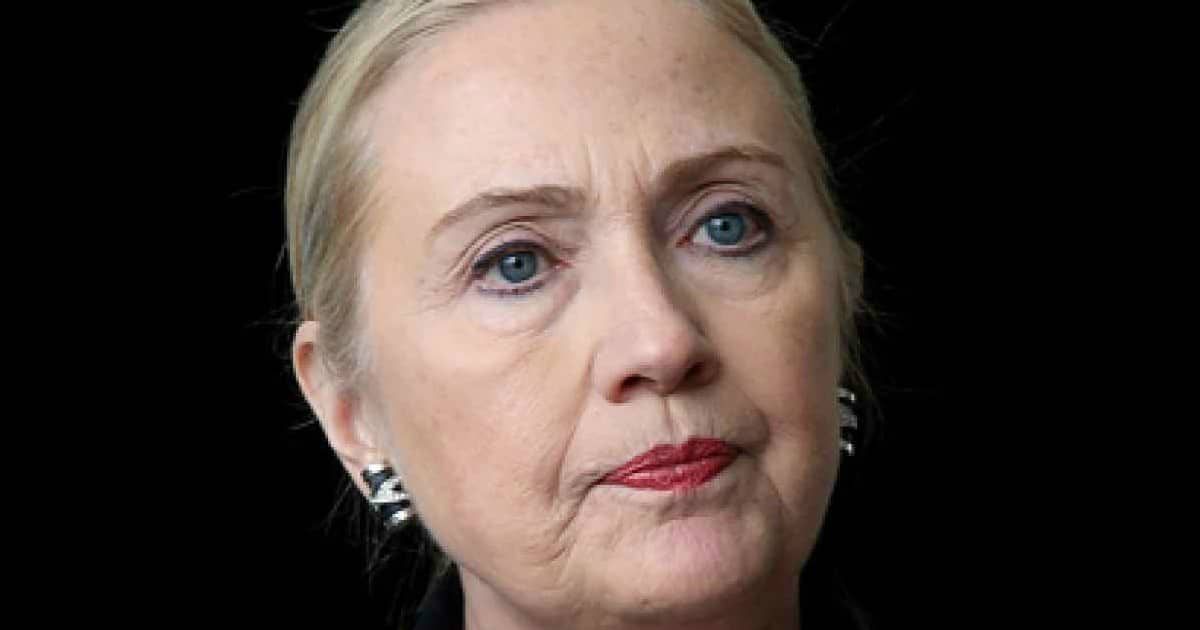 Of all the Trump promises during the campaign, I liked ‘lock her up’ the best. And it looks like that particular promise might be nearing its end.

Mind you, very few people – and certainly not libs in Congress – believed Trump was truthful about investigating Hillary Clinton. They all thought ‘lock her up’ was just a smooth political move, and nothing to take seriously.

But Trump keeps his promises. Even this one.

And it’s therefore with great pride and adulation that I report that a new investigation has been opened with regard to Hillary Clinton, and her handling of classified information.

And this one is set and ready to unearth the truth.

The State Department has set its sights on Hillary Clinton with a new investigation into her handling of classified information during her time as Secretary of State.

The inquiry, which seeks to determine whether the 2016 Democrat standard-bearer violated federal government protocols for handling, storing, and transmitting classified information, also includes her aides. However, Clinton will retain her security clearance as the investigation continues.

The State Department would not say when its inquiry began, but Fox News noted it is separate from the conclusion of the FBI’s investigation into the matter.

Now, there’s something fantastic here – sometimes, the complicated structure of our government works to the Truth’s advantage.

And this investigation isn’t hemmed in by pressure from higher-ups. It’s quickly going after Clinton in a concrete way: if the investigation succeeds, Clinton will have her security clearance revoked.

Which, if nothing else, will be something of a humiliating defeat for the former Democratic candidate.

Republican Chuck Grassley is leading the investigation, and he put it best:

“Any other government workers who engaged in such serious offenses would, at a minimum, have their clearances suspended pending an investigation. The failure to do so has given the public the impression that Secretary Clinton and her associates received special treatment.”

For one, he has a concrete way of both punishing and humiliating Clinton – revoking her security clearance.

Second, he has already outlined specific punishments to be given, depending on the investigation’s conclusions. Which means there won’t be any vague ‘she did wrong, but it’s ok’ Comey-esque statements this time.

More power to you, Senator Grassley.