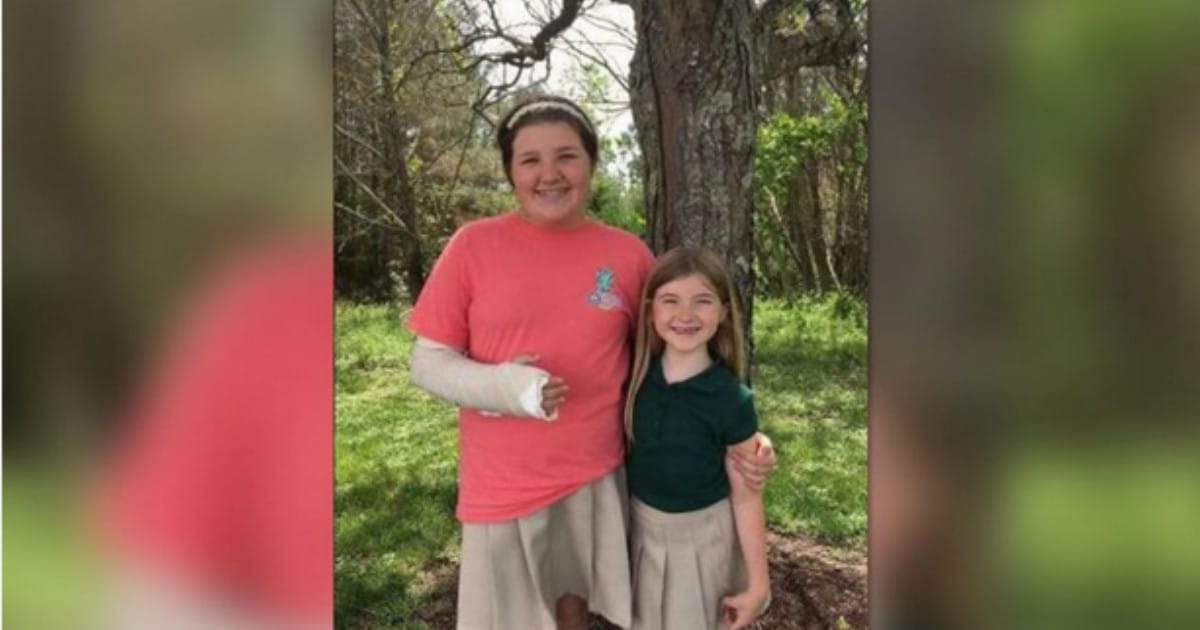 It’s a sad reality that we live in a dangerous world. Despite all the good, honest people out there, we have to face the facts that there are some dirt bags in our communities, who would like nothing more than to hurt the innocent.

That’s why we have the Second Amendment and it’s why we always need to be alert and prepared.

It’s also why a Good Samaritan can find themselves in danger, just for wanting to help.

Even when you act out of the kindness of your heart to help a stranger, they might not respond in kind. You might find yourself to be the one in need of help.


So was the case when Brandie Weiler pulled over to help after she witnessed a car crash. Good thing for her, however, that her 12-year-old girl was in the car.

Weiler was headed to Busch Gardens with her two daughters, Maddie, 12, and Mollie, 7, when they witnessed two cars collide, Q13Fox reports.

The mom of two pulled over and got out of her car to help the victims of the crash. While she was on the phone with 911, the man who caused the crash, Paul Salsman, approached her van with her two daughters still inside...

Williamsburg police say Salsman walked up to the van, stuck his hand inside the car, unlocked the door and climbed in. Maddie’s protective instincts then shifted into gear.

Maddie started punching Salsman and screaming for help, in addition to putting the transmission in drive because she knew he would not be able to start the engine and drive away.

This is no ordinary 12 year old! Maddie is an avid horseback rider who has learned how to control a 1,500 pound horse. Those skills and a good deal of bravery helped her fight off a would-be kidnapper, saving herself and her sister.

Maddie’s father, Steven, said his daughter’s quick thinking helped her escape a potential Amber Alert. “She has always been told if anyone tries to take you – kick, scream, bite, hit, gouge out their eyes, whatever you have to do.”

The attack was charged with three counts of felony carjacking, felony hit and run and driving under the influence of drugs. He tried to steal two other cars after the incident before police arrived.

In our modern society, it pays for parents to teach their kinds what to do in an emergency. Thankfully for this family, their oldest daughter was able to put those tips into practice when it mattered the most.

Maddie suffered a fractured growth plate in her wrist, but she and her sister are safe.

Hopefully, you and your family will never face such a terrifying situation. But if you do, be sure you and your kids are well prepared.