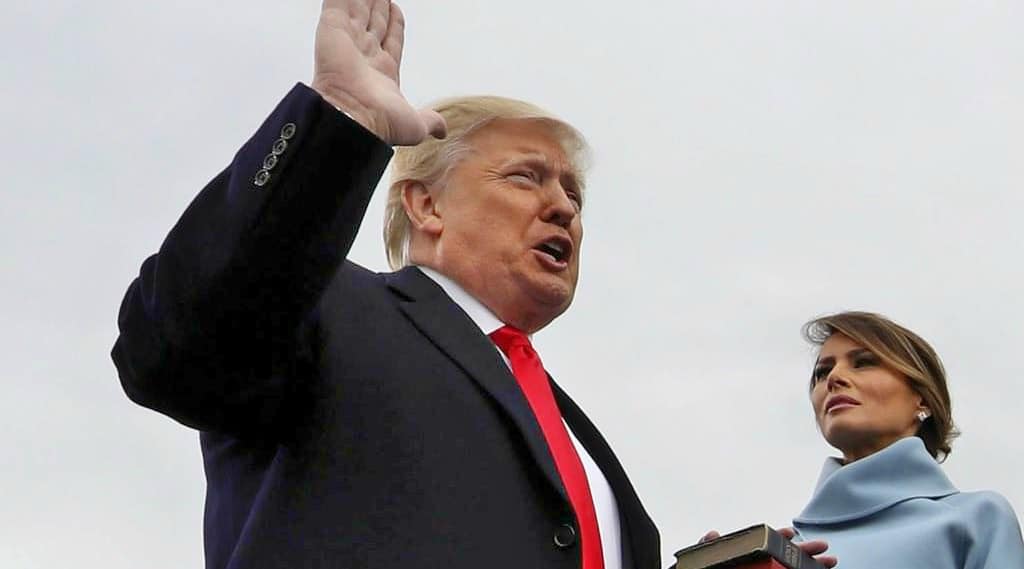 There is a great deal of wisdom in the saying ‘Stay the Course.’ No matter what demons the road ahead might conjure, or what storms the sea ahead might summon, you won’t get to your destination without pressing on, no matter how loud the demons or wind might scream, or how your fellow sailors might beg you to turn around.

That’s a pretty flowery way to say that conventional wisdom should occasionally be ignored, and the tactics that worked for you so far should be used until they no longer work.

For Trump, the illustration is simply undeniable – ignore conventional Republican wisdom, put America first, and trust that all outrage will quickly disappear once people realize they are in a safer, richer, and more morally upright place than they were in the eight years of conventional idiocy that was Obama’s tenure.

That Trumpian fact, though – forge ahead, and screw any idiot who thinks you’re doing it wrong – is being challenged like never before. And, given the sheer volume of voices telling Trump to turn the ship around, there’s no better time to rally behind the new US president, in support of every idea the liberal media called ‘deplorable’ and ‘idiotic’: “build the wall, secure the border, impose tariffs, cut taxes, free up the American economy, bring the factories home, create millions of jobs and keep us out of any new wars.”

That, anyway, is Pat Buchanan’s advice. And it’s good advice.

Buchanan traded the life of a politician for the life of a news commentator long ago, and the wisdom he’s passed on since then has been invaluable for many a patriot. He’s warning Trump to Stay the Course, and he’s got a point: Trump’s policies of better relations with Russia, fewer wars, and more jobs are all things that can easily disappear if he’s not careful. If you don’t shut them out, mainstream Republican and lib Democrat voices in Washington have a way of making the blatantly stupid look like a good idea. A face-off with Russia? Sure! Jobs overseas? Why not! We need more soldiers for our fight with Russia, anyway!

Trump, of course, is not easily swayed, but many of his fellow leaders are, and Buchanan’s words are for all of them. The fact that so many of them questioned the genius of Brexit suggests that Staying the Course will be harder than you might think – if it’s hard to explain why a country would want to rule itself, it’s going to be even harder to explain why a country wouldn’t really want to go defend an icy wasteland on the border with Russia.

American lives and money are at stake. Stay the Course.