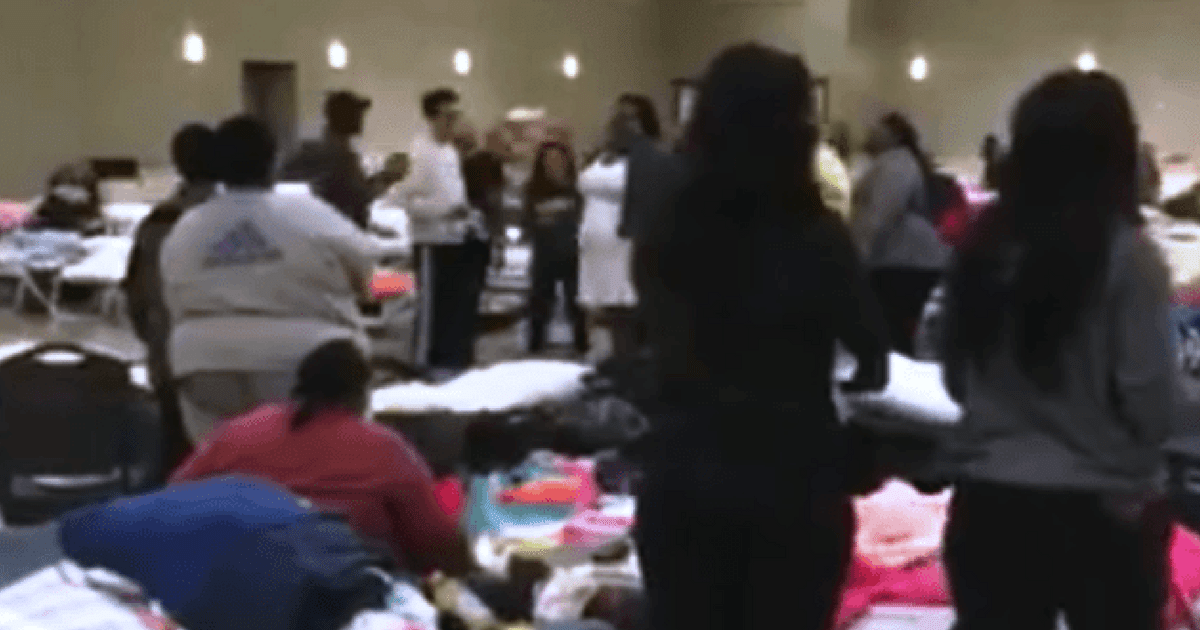 The easiest thing in the world to do, after you’ve lost everything, is to simply give up.

Mind you, I do mean everything: all possessions, your home, and – in some incredibly sad instances – your family. It’s the sad reality for many who have been displaced by Hurricane Harvey, and the record-breaking floods in Houston.

Facing the loss, and sitting for God knows how long in a shelter, most people would give up. Or perhaps deny God altogether.

But it’s a good bet that these Gospel singers haven’t done either. And their spontaneous song is taking the internet by storm.

Victims of Hurricane and Tropical Storm Harvey were captured on video breaking out into song at a shelter. The scene received almost 7.5 million views in the last 17 hours.

So this just broke out in the shelter…

Tens of thousands were evacuated to shelters in the Houston area while more than 100,000 homes faced mandatory evacuation orders in surrounding counties.

Those two shelters weren’t nearly enough, as it turned out. Thank God for generous and patriotic Texans who filled in the gaps.

And while the country has come together to help Houston, the sad fact is, after the hurricane fades from memory, and the media goes on to report something else, many Texans will still be stranded in shelters.

Given the total cost of Harvey’s destruction – somewhere between $40 and $100 billion dollars – it’s a good bet that they’ll be stranded for a while. And when the wait gets long, it’s not the sympathy of others that will get them through. It’s the hope, and faith, and the singing.

Texans rebuild. They always have.