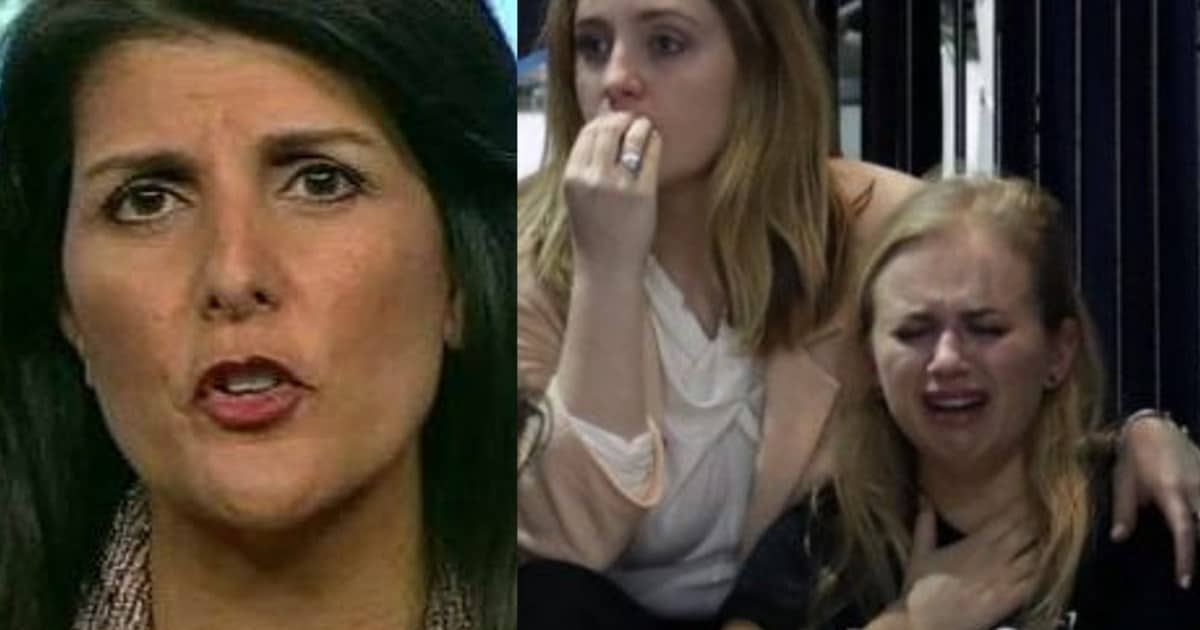 Although only in the position for a short time, U.N. Ambassador Nikki Haley is making serious waves.

She is a strong, uncompromising leader—who speaks her mind. Haley has taken a strong stand in support of U.S. principles and refuses to bend to political pressure.

Such was her stance when she spoke out against other countries trying to dictate U.S. policy.

In a recent interview, the United Nations Ambassador Nikki Haley rained down with criticism of global environmental schemes, strongly pushing the fact that America is a world leader for a reason and that its people and government do not need foreign influence to tell them how to govern…

“The rest of the world would like to tell us how to manage our own environment,” she said. “And I think that anybody in America can tell you that we’re best to decide what America should do. We don’t need India, and France, and China telling us what they think we should do.”

Nikki also specifically criticized the Paris Agreement that Trump declined to sign last week, saying that Obama originally agreed to standards that were “not achievable under our standards or any other country’s standards,” saying that while protecting the environment is important, American jobs were even more so.

Those kinds of words are sure to ruffle plenty of feathers. And not just in other countries.

The limp-wristed American left have been kowtowing to foreign nations for years.

Under Obama, they’ve agreed to every stupid decision made by the U.N., the Paris Climate Agreement, and other foreign groups.

Make no mistake: outside nations would love nothing more than to see the U.S. lose.

If they could force us to agree to terrible trade and environmental deals, they will.

Those deals will only give China, India, and many other nations an advantage.

At the same time, they weaken our ability to make decisions.

Why should the U.S. give up its right to make the best decisions for its people?

Why should we allow European nations or China or India decide what’s best for us?

But that’s exactly what Obama and liberals wanted; because they were pandering to globalists.

That is what any good leader should do.