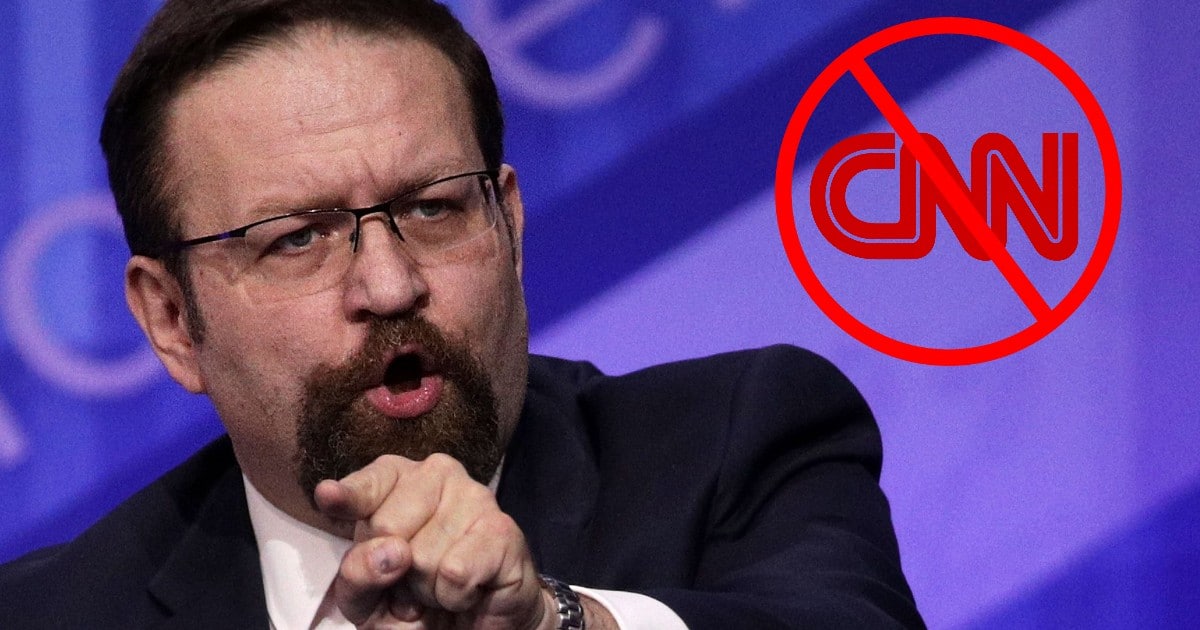 Those of us who are smart Americans have known for a long time that CNN is no good.

Long before the term “fake news” appeared, we rejected the bias, insulting coverage that network churns out.

Now everyone knows. And even though the network tries to save its reputation, the White House is going for its throat. Just see what Sebastian Gorka said about them.

Gorka has become a frequent critic of CNN, calling them “fake news” and accusing the network of media bias against President Donald Trump in a quest for ratings. Cooper asked if the White House was in crisis mode after Donald Trump Jr.’s email chain showed he met with Russian lawyer Natalia Veselnitskaya in 2016 for opposition research on former Secretary of State Hillary Clinton.

“The president is a steam locomotive that will not stop. It’s just fake news,” said Gorka…

Gorka called the media “the fake news industrial complex,” and asked Cooper how many minutes they had wasted on Russia during the interview…

“Let’s let the viewers judge, who decided that you are now 13th place in national ratings behind ‘Nick At Nite’ which is at 11,” said Gorka.

Thanks to all the controversy coming from the network, CNN has dropped below Nick AT Nite. They are so hated by Americans, more people are watching re-runs of old TV shows!

Yet just watch the arrogance of Cooper. Even when Gorka is confronting the man for the station’s track record of dishonesty, Cooper refuses to admit it.

Despite the mountain of evidence proving CNN is fake news, the network refuses to apologize and change its ways. Instead they continue to lie to the American people.

And they wonder why they’re losing viewers?

Gorka may say it’s sad to see them fail, but it’s been a long time coming.